Galvano: Fontainebleau 'didn't pick our firm to influence me' 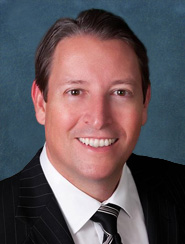 The powerful lawmaker who is heading the Senate's gambling negotiations confirmed he has done legal work for the owners of the Fountainbleau Resort, a real estate firm seeking to bring slot machines to Miami Beach.

Sen. Bill Galvano, R-Bradenton, told the Herald/Times that Turnberry Associates, the owners of Aventura Mall and the Fontainebleau "are a former client." He said his law firm, Grimes Goebel Grimes Hawkins Gladfelter & Galvano, did land use law for the company four years ago and he personally worked with Turnberry on a commercial transaction three years ago. The story was first reported by the Associated Press on Thursday.

"It's not a continuing relationship right now and I don't even see it as an issue,'' Galvano said Friday. Galvano is a partner in the firm, which has offices in Bradenton and Miami. He reported $451,000 in income and profit sharing from the firm last year.

Last week, Galvano filed a massive Senate bill that will expand gaming in Florida, allow for two new slots licenses to bidders in Miami Beach and Broward County, and open the door to slots licenses at race tracks around the state. The bill would regulate online fantasy sports and allow the state to buy out active gaming permits in exchange for the new slots licenses. Galvano said the proposal is intended to open the debate with the Seminole Tribe which is negotiating a renewal of its billion dollar compact with the state.

At that time, Turnberry Associates was not a client, Galvano told the Herald/Times, but subsequently became a client.

"I do not believe they picked our firm to influence me,'' Galvano said. "I know what we do and the work that we do around the state is not unusual. I have several Miami clients, big clients too." He said the one of his "big clients" introduced him to the owners of the Turnberry Associates.

"I know we provide a service and it was not unusual for us to be working in that venue,'' he said.

Since 2013, Galvano's political committee, Innovate Florida, has received more than $342,000 from organizations that have a stake in the gaming bill, campaign finance records show. He received the most $205,000 from Disney Worldwide Services, which opposes any expansion of gambling but the second highest amount from a single entity -- $90,000 -- came from Fontainebleau Resorts.

The current gaming compact with the Tribe, as negotiated by Galvano, effectively serves to cap gaming expansion in Florida and makes it very difficult for companies like the Fontainebleau to obtain a slots license. It requires that any new slots licenses approved by the state would result in a loss of nearly $200 million in annual gaming revenues from the Seminole Tribe.

Under the bill Galvano proposed last week, any new slots licenses would have to receive approval from the Florida Division of Parimutuel Wagering based on certain criteria, and would not require legislative approval. The challenge for slots proponents like Fontainebleau Resorts, however, is getting approval for the slots expansion through both the House and Senate.

Galvano downplayed his role over any new licenses and said he is confident there will be "many potential applicants who have had an interest in Florida for a long time'' if new slots permits are approved.

"I want the competition,'' he said. "If we are going to have additional economic development out of new licenses, lets run up the numbers and see who will present the best deal. That will probably be best determined by the division, based on criteria, some of which is spelled out in the bill."

Since 2010 the Fontainebleau has donated nearly $2.3 million in contributions, including more than $800,000 to the Republican Party of Florida, the Associated Press reported.

Galvano said "it's very difficult being a lawyer-legislator and [this question] comes with the territory." He added that any assumption that his legal work was used to influence his legislative work "was trying to draw a much bigger conclusion than what was reality, but that's how it happens."