Galvano proposes sweeping gaming expansion: 'What I want to avoid is death by 1000 cuts' 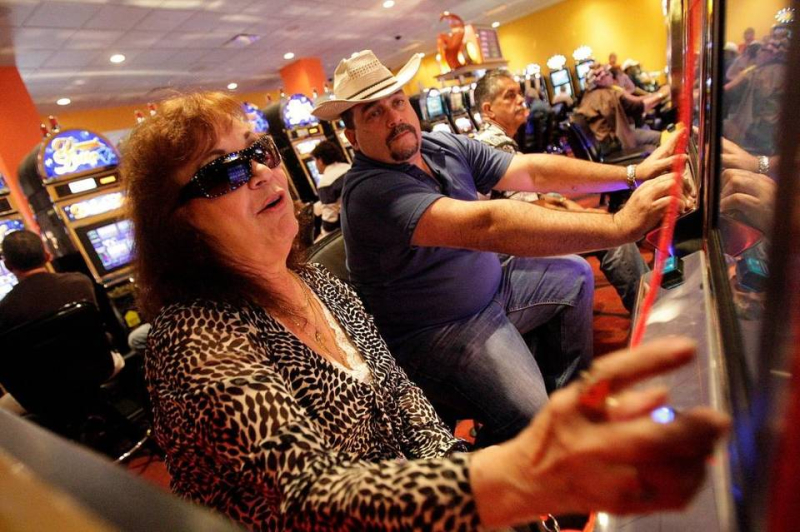 Florida would become the nation’s slot machine capital under a sweeping rewrite of the state’s gaming laws filed Thursday that would give Miami-Dade and Broward each an additional slots venue, the Seminole Tribe seven full-scale casinos, and horse and dog tracks in at least eight counties new slots parlors.

The proposal by Sen. Bill Galvano, a Bradenton Republican, would broadly expand gaming in Florida by not only providing an opening for Genting Group, the Malaysian company, to build its long-sought resorts casino in Miami, it would also serve to prop up the declining horse and dog racing and jai alai industries by allowing them to breathe life into their operations with slot machines. For the newest gaming option, fantasy sports, the state would impose regulations, and require a permit to operate.

“It is a sincere effort to try to address these issues in a comprehensive way and balance private industry with maximizing revenues from the Seminole Tribe,” Galvano told the Herald/Times. But, he added, the 112-page bill should also be seen as the state’s opening offer.

“It is also incumbent on the Seminole Tribe to negotiate back toward us,’’ he said. “It’s a much better process to be addressing all the issues comprehensively by putting the state’s position out there and then having the Tribe respond. What I want to avoid is death by 1,000 cuts.”

Galvano, who last week became president of the National Conference of Legislators from Gaming States, said that in the past legislators have attempted to negotiate a comprehensive proposal only to have it get bogged down in “little industry fixes” as the competitive parimutuel industry struggled to compete with the Tribe’s growing gaming empire.

He said he filed the measure nearly two months before the onset of the annual legislative session because he hopes lawmakers and the Seminole Tribe can reach a consensus in time to include what could be as much as $250 million in annual revenue into the annual budget. In order for any compact between the state and the Tribe to become law, the Legislature must ratify it.

Galvano was a key player in negotiating the state’s current gaming compact with the Tribe and he is the Senate’s lead negotiator again this year. His proposal adopts key features of an agreement Gov. Rick Scott signed with the Seminole Tribe in December 2015 but makes significant modifications to it.

The so-called “decoupling” proposal serves to appease many of the goals of animal rights groups, who want to seen an end to live racing, but it also means that Florida’s gambling venues could one day have no live races.

“That’s more a product of the economy and entertainment choices today than anything else,’’ Galvano said.

In addition to getting a counter-offer from the Tribe, Galvano hopes to get feedback from the state House, whose leaders have indicated for the first time in years, that they might accept some expansion of slot machines outside of Miami-Dade and Broward counties in exchange for a net retraction in live, active gaming permits and a reduction in venues seen by House leaders as purveyors of “predatory gaming.”

If lawmakers can hammer out details before the end of the two-month session that ends in May, the state could count as much as $250 million in annual revenue that could be added to this year’s budget calculations.

Other provisions of Galvano’s proposal include:

* regulating fantasy sports under a new "Office of Amusements" within the Department of Business and Professional Regulation, including issuing licenses of up to $500,000 to operate fantasy sports contests in Florida.

* allowing counties with parimutuels that have not yet conducted referendums for slot machines to do so after Jan. 1, 2018.

* providing up to $20 million in proceeds from the Seminole compact to be used to buy out active parimutuel permits.

The governor’s proposed 20-year compact would guarantee $3 billion over 7 years in exchange for giving the tribe the exclusive ability to offer craps and roulette in Florida, and slots and blackjack outside Miami-Dade, Broward and Palm Beach. In exchange, the state would have received nearly $2 billion more over the life of the compact than the current agreement.

Under that plan, the dog track in Palm Beach would get slot machines and the parimutuels in Miami-Dade and Broward could add black jack, but if lawmakers approved of any gaming expansion beyond that, including authorizing slot machines at the seven other counties whose voters have approved them, the Tribe could stop paying the state.

Although the measure passed a Senate committee, it was then postponed indefinitely after senators attached a companion measure that authorized six additional slots licenses outside of Miami-Dade and Broward counties, thereby imperiling the exclusivity clause of the compact.

Galvano’s proposal modifies the 2015 deal by eliminating the Tribe’s monopoly over slots and blackjack, a change that is likely to dramatically reduce the amount of revenue it will share with the state and open the door for slots expansion in additional counties that pass a local referendum after Jan. 1, 2018.

Until then, the tribe continues to have the exclusive right to slot machines outside of Miami-Dade and Broward County in return for monthly payments to the state of about $100 million under the 2010 compact. Another provision of that agreement authorizing the tribe's exclusive operation of blackjack at its South Florida casinos expired in October 2015.

As lawmakers have debated the new compact, the Seminole Tribe has been continuing to make monthly payments to the state as part of revenue sharing from the card games. But the state is not spending the money until the compact is renewed or a new one is approved by the Legislature.