« How Miami got its own inauguration Women's March | Main | Debbie Wasserman Schultz confronts FBI's Comey at hacking hearing, per The Hill » 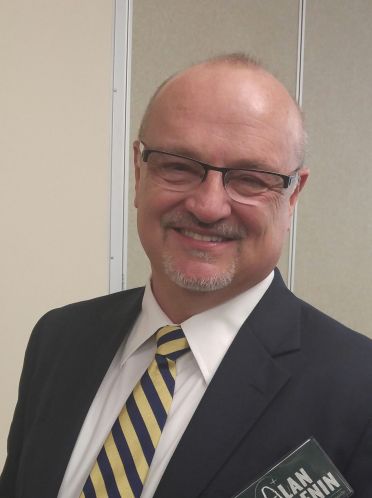 Less than 24 hours before he was hoping to become the new Florida Democratic Party chairman, longtime Hillsborough County party activist Alan Clendenin was ruled ineligible for the race, leaving just four candidate remaining to take over leadership of the party.

"I'm disappointed," Clendenin said moments after a rules committee with the Florida Democratic Party made a decision on Friday that essentially disqualifies him from running for state party chairman.

The 7-member rules committee did not buy Clendenin's attempt to change his residency to rural Bradford County to remain eligible to be the state party chairman.

Last month, Clendenin lost his election to be Hillsborough County's state committeeman for the Democratic Party. In order to remain eligible in state chairman's race, he needed to be a county chairman or state committeeman in one of Florida's 67 counties. He decided to move to trailer in Bradford County in December where he could run for a vacant state committeeman's seat. Clendenin won and changed his voter registration and drivers license to show he was becoming a resident.

However, Bay County state committeewoman Patricia Byrd filed a complaint with the state party arguing Clendenin was playing "a shell game with residences" and was not really a resident of Bradford County. The rules committee voted 5-0, with two members abstaining, in favor of Byrd's complaint, which knocks Clendenin off the ballot on Saturday morning when the Florida Democratic Party is expected to vote on a new leader.

Left in the race are former State Sen. Dwight Bullard, Miami real estate developer Stephen Bittel, Osceola Democratic Party activist Leah Carius, and Duval County state committeewoman Lisa King. Bullard remains in the race despite him having a similar residency issue as Clendenin. After Bullard lost his state committeeman race in Miami-Dade, he tried to set up a residency in Gadsden County. He changed his voter registration and won a state committeeman's race there. But unlike Clendenin, no one tried to file a challenge to his residency.

Clendenin said he was targeted because supporters of Bittel, who has backing from state party leaders like U.S. Sen. Bill Nelson, know he is a threat to win the party's chairmanship.

While the rules committee disqualified Clendenin Friday, they rejected another complaint that sought to rule Bittel ineligible because of how Democrats in Miami-Dade handled their race for state committeeman, which Bittel won over Bullard last month.

The candidates are all seeking to replace Allison Tant, who is not seeking a new term as party leader. The position pays $100,000 a year.