In Miami, Lewis responds to Trump by invoking civil-rights struggle 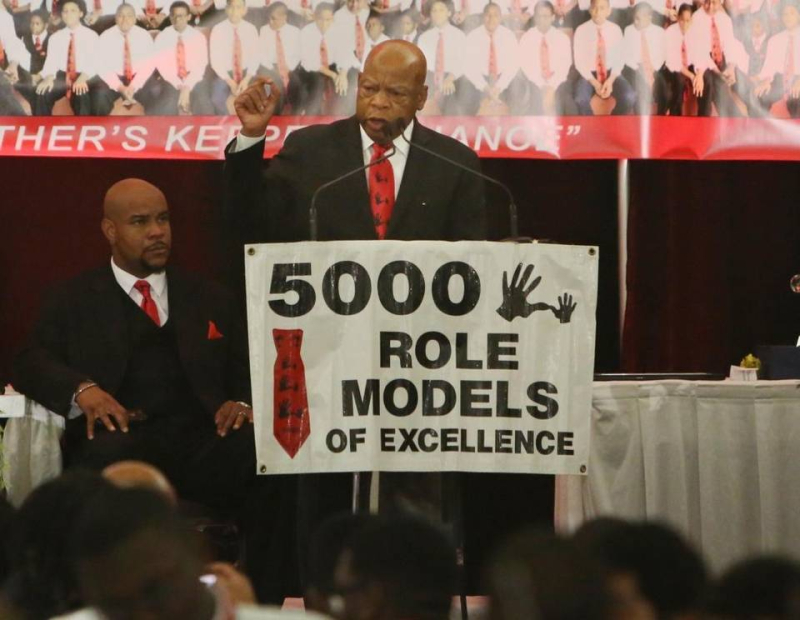 Perhaps, in U.S. Rep. John Lewis’ prepared speech to commemorate Martin Luther King Jr. Day in Miami, there was a direct response to President-elect Donald Trump over the political feud between the two men over the past three days in TV interviews and on Twitter.

But when Lewis took the microphone Monday, he put his script aside.

“I prepared a speech, but I’m not going to use it,” he told hundreds of people assembled at Jungle Island’s treetop ballroom. “I’ve been deeply inspired by being here.”

And so Lewis launched into a rousing, 32-minute oration — which at times felt like a church-pulpit sermon — about his remarkable life of civil-rights activism, the heroes that inspired him and the faith that a younger generation will succeed them.

He didn’t mention the end of the first black presidency, or the start of new presidency headed by an executive who paints many African Americans as residents of inner-city “hell.” But it was impossible to ignore the political context of Lewis’ remarks.

“Never, ever hate,” Lewis implored the young men of the 5000 Role Models of Excellence Project, the mentoring and scholarship program that hosted the breakfast. “The way of love is a better way. The way of peace is a better way.”

Perhaps it amounted to a response to Trump after all.