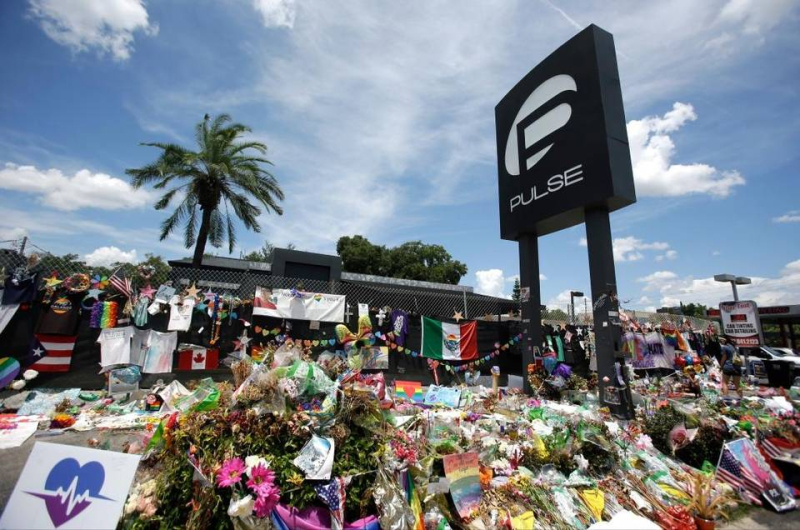 Two Orlando lawmakers want Florida to ban assault-style weapons in the wake of the shooting massacre at Pulse nightclub seven months ago, but in a conservative-leaning Legislature, their idea is unlikely to get any traction.

State Sen. Linda Stewart and state Rep. Carlos Guillermo Smith, both Democrats, introduced legislation Thursday for lawmakers to consider in the upcoming 2017 session; the bills (SB 254 / HB 167) both include a detailed list of specific guns and "parts that convert a firearm into an assault weapon"-- such as large-capacity magazines -- which would be prohibited under their proposed law.

The plan would make it a third-degree felony, with some exceptions, to sell or possess an assault weapon or large-capacity magazine, among other restrictions imposed. Smith and Stewart announced the legislation at a press conference in Orlando.

"Assault weapons are the gold standard for mass murder. They are weapons of war, designed for war and have no place on our streets or in civilian hands," Smith said in a statement provided by the Florida Coalition to Prevent Gun Violence. "We all have the right to defend ourselves and our families with a firearm, but nobody needs military-style assault weapons to do it."

The coalition, started by the League of Women Voters of Florida, formed after the Pulse shooting and its members include groups like Equality Florida, the Hispanic Federation, Interfaith Council of Central Florida, Campaign to Keep Guns Off Campus, Florida PTA and Doctors for America.

“We have a responsibility to act. If not now when?” Stewart said in a statement from her legislative office. “There is no legitimate reason whatsoever to own these types of weapons; we’re not taking anybody’s guns away and we’re not infringing on anybody’s right to hunt or protect themselves in their home. We need to start getting control of the things we can, and do common-sense things to prevent what happened at Pulse from ever being repeated.”

Forty-nine people were gunned down at the nightclub on June 12 after gunman Omar Mateen opened fire. It is the deadliest mass shooting in American history.

A handful of gun-related measures have been proposed for the 2017 legislative session, which begins in March. In contrast to Smith's and Stewart's proposals, though, most of the bills would significantly expand gun owners' rights by opening up how and where handguns could be carried. Many of the Republican-led Legislature's most influential leaders support gun rights.