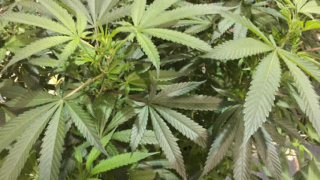 The Florida Legislature has not yet started to put voter-passed medical marijuana into place, but the state Department of Health is about to launch its own rulemaking process.

Facing a "tight" timeline that requires rules be in place by July 3, Christian Bax, director of the Office of Compassionate Use, told lawmakers Wednesday that DOH is starting rulemaking workshops "in the coming days." And they'll take the meetings on the road to each of five regions throughout the state.

Amendment 2, passed by more than 70 percent of voters, gives the health department the job of writing rules for medical pot.

But it's clear the Legislature will weigh in too.

"We are not here to debate whether or not to have a medical cannabis program," state Rep. Cary Pigman, R-Avon Park, the chairman of the Florida House's Health Quality Subcommittee, said Wednesday. "The voters have spoken convincingly that we will have one."

In the House, the majority leader, Ray Rodrigues, will carry medical marijuana legislation -- a clear signal that leaders are taking the voters' support seriously.

Photo: The state Department of Health has six months to set rules governing the program. The amendment lets doctors recommend marijuana for a long list of conditions. (Associated Press)