« Bush camp says it had nothing to do with Russian dirt on Trump | Main | 'Have you no shame, President Obama?' Florida politicians react to wet foot, dry foot repeal » 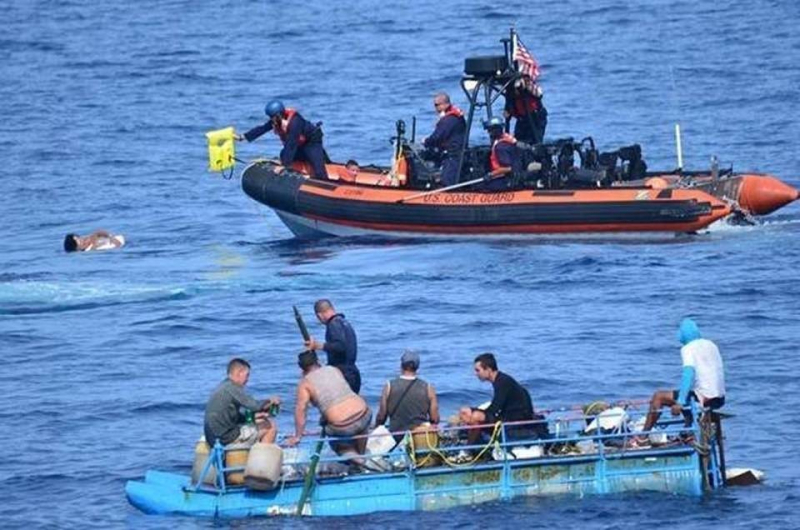 The Obama administration said Thursday it is ending the controversial “wet-foot, dry-foot” policy — essentially turning the clock on decades of preferential treatment for Cuban refugees — and making those who arrive without visas subject to deportation.

The so-called “wet-foot” part of the policy was implemented following the 1994 rafter crisis that brought some 35,000 Cubans to U.S. shores.

The change, which took effect immediately, brought to a halt the practice that gave Cubans who arrive at U.S. borders without visas automatic entry to the United States — even if they had been smuggled in by human traffickers.

“Cuban nationals who attempt to enter the United States illegally and do not qualify for humanitarian relief will be subject to removal, consistent with U.S. law and enforcement priorities,” President Barack Obama said in a statement. “The Cuban government has agreed to accept the return of Cuban nationals who have been ordered removed, just as it has been accepting the return of migrants interdicted at sea.”

After outlining the policy, the White House held a call with Cuban Americans who support of the administration. They were told President-elect Donald Trump's transition team was briefed, one person on the call told the Miami Herald.

Immigration analysts say a change in U.S. immigration policy toward Cuba had to be immediate to prevent a wave of Cubans trying to reach U.S. shores by raft or boat or by crossing at the U.S. border with Mexico to beat a deadline.