Obama: Wet foot, dry foot 'was a carryover of an old way of thinking' 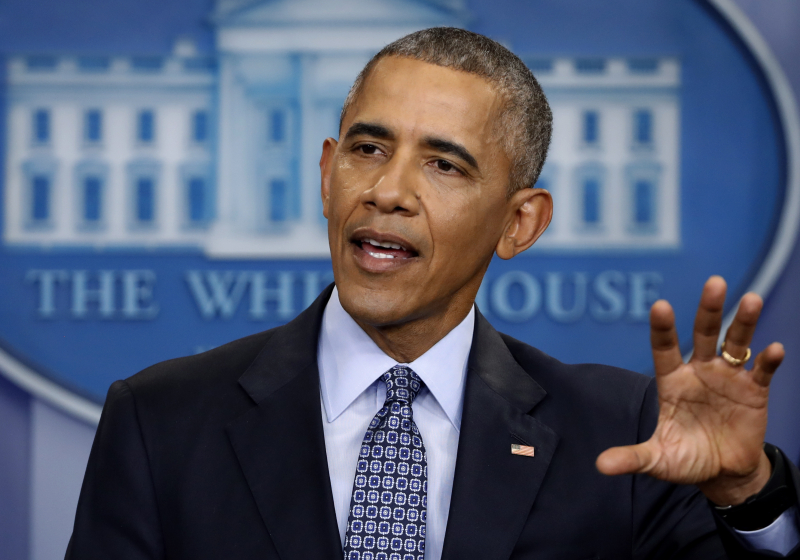 At his final White House news conference Wednesday, President Barack Obama made his first remarks about ending the special immigration policy for Cubans last week. Here is his answer in full, to a question about why he did away with wet foot/dry foot:

We underwent a monumental shift in our policy towards Cuba. My view was, after 50 years of the policy not working, it made sense for us to try to reopen diplomatic relations to engage the Cuban government, to be honest with them about the strong disagreements we have around political repression and treatment of dissenters and freedom of the press and freedom of religion. But to make progress for the Cuban people, our best shot was to suddenly have the Cuban people interacting with Americans, and seeing the incredibly  success of the Cuban-American community, and engaging in commerce and business and trade, and that it was through that process of opening up these bilateral relations that you would see over time serious and significant improvement.

Given that shift in the relationship, the policy that we had in place, which treated Cuban émigrés completely different from folks from El Salvador or Guatemala or Nicaragua or any other part of the world, one that made a distinction about whether you got here by land or by foot, that was a carryover of an old way of thinking that didn't make sense in this day and age, particularly as we're opening up travel between the two countries. And so we had very lengthy consultations with the Department of Homeland Security, we had some tough negotiations with the Cuban [government], but we arrived at a policy that we think is both fair and appropriate to the changing nature of the relationship between the two countries.