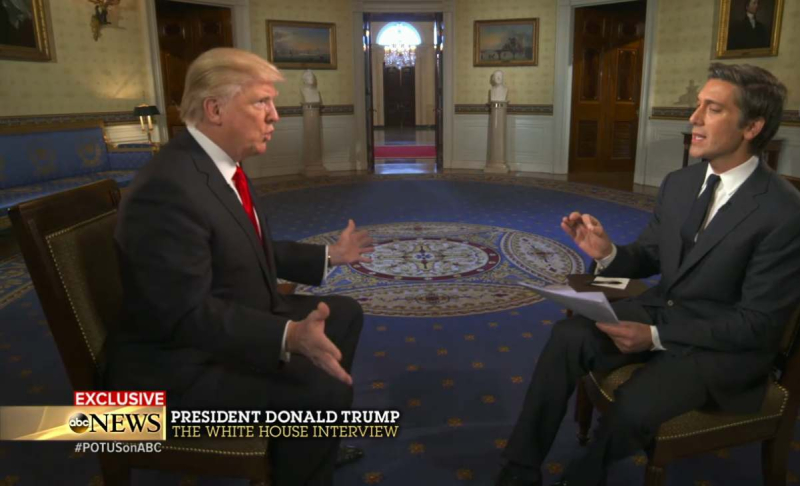 President Donald Trump defended his plan to ban immigrants from terror-prone countries by arguing that the FBI’s terror investigations are at an all-time high due to policies of the previous administration.

“President Obama and Hillary Clinton have, and (former Secretary of State John) Kerry have allowed tens of thousands of people into our country,” Trump said on ABC News Jan. 25. “The FBI is now investigating more people than ever before having to do with terror. And it’s from the group of people that came in. So look, look, our country has a lot of problems. Believe me. I know what the problems are even better than you do. They're deep problems, they're serious problems. We don't need more.”

We couldn’t independently verify the number of current FBI investigations and compare that to the past, and Trump put no timeframe on his historical comparison. We decided not to put Trump’s claim on the Truth-O-Meter, but we will lay out the evidence we found from experts. A spokesman for Trump did not provide any information to back up the claim by deadline.