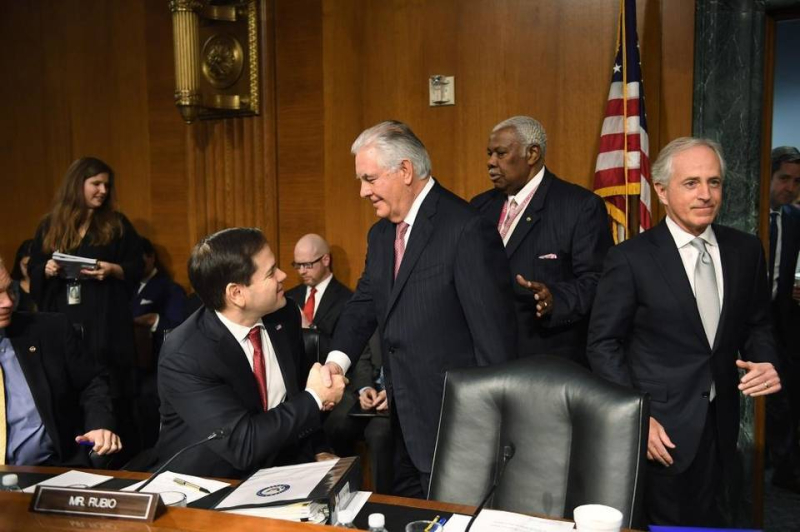 WASHINGTON -- The news photographers rushed to the front of the room, jutting their lenses at Sen. Marco Rubio of Florida. Colleagues on the Senate Foreign Relations Committee chuckled at the spectacle, which Rubio built up over weeks, ensuring a return to the national spotlight.

On President Donald Trump’s first full weekday in office, Rubio faced a consequential decision: Maintain an election promise to stand up to Trump or set aside objections to Rex Tillerson, the nominee for secretary of state, and spare Trump a measure of dissent from fellow Republicans.

“It was a close call,” Rubio said after the vote Monday, engulfed by reporters. A woman in a Greenpeace shirt joined the herd, mockingly holding up a model of a human spine.

Rubio’s vote in favor of Tillerson, despite concern about the former Exxon Mobil CEO’s coziness with Russia, illustrates a reality and a calculation. This is Trump’s Washington, and Rubio, who as a presidential candidate accused Trump of being a con man, is choosing a safer route.

The 45-year-old starts his second term with an opportunity to address longtime criticism that he is more flash than substance, a charismatic speaker who spent a great deal of his first six-year term angling for the presidency, as he likely would have done had Hillary Clinton prevailed.