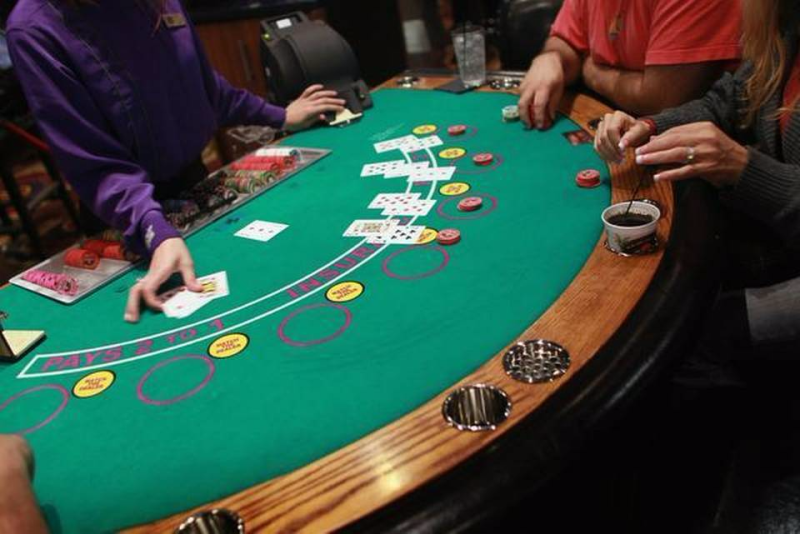 The Florida Senate sent a bold signal to Gov. Rick Scott and the Seminole Tribe Wednesday, as a key committee gave unanimous approval to a plan to expand gambling in Florida while attempting to recover as much as $525 million in revenue sharing from the Tribe this year.

If approved by lawmakers, the governor, and the Seminole Tribe, the measure “could make a huge difference" to the state budget, which faces a $1 billion revenue shortfall, said Sen. Bill Galvano, R-Bradenton, the bill sponsor.

The Senate Regulated Industries Committee approved the measure without an amendment or debate, a sign that the Senate “is very serious” about advancing an issue that has stalled for years.

“Sure it’s about gaming but it’s also about creating stability for a dubious marketplace,’’ said Galvano, who was a key player in negotiating the state’s current gaming compact with the Tribe in 2010 and is the Senate’s lead negotiator again this year. “It’s about establishing predictability for our state budget. It’s about protecting programs that exist in our state and creating funding opportunities.”

Rep. Jose Felix Diaz, the House Commerce Committee chairman who is the House’s lead negotiator on the compact, hailed the Senate action.

“The Senate’s passage of a gaming bill this early in the year is a gigantic first step,’’ he said. “The fact that we are seeing forward progress in January is a testament to Sen. Galvano’s willingness to continue a conversation with multiple interested parties, including the governor, the Seminole Tribe and the Florida House.”

The proposal, SB 8, would broadly expand gaming in Florida by not only providing two new slots casinos in Miami-Dade and Broward counties but expand gaming options at existing South Florida casinos and bring slots to eight additional counties were voters have approving them at ailing racetracks and frontons.

The Seminole Tribe, which has been attempting to renew its agreement with the state to exclusively offer black jack in exchange for revenue sharing, would also get access to expanded gaming options under the deal. The Tribe would retain its monopoly over slot machines in Tampa but would eliminate its monopoly over slots in the rest of the state. It would also lose its exclusive right to offer blackjack in South Florida because the bill allows Miami-Dade and Broward slots casinos to also offer 25 black jack tables.

Since October 2015, when the black jack provisions of the current compact expired, the Seminole Tribe has been continuing to make monthly payments to the state as part of revenue sharing from the card games. But the state is not spending the money until the compact is renewed or a new one is approved by the Legislature.

If approved, Galvano said the plan would allow the state to use $200 million of that money the state has put in escrow and another $325 million in first year revenues. Annual revenues after that could amount to about $450 million, he told the committee.

“It’s a significant dollar amount and a comprehensive approach to move us forward on this journey,” he said. The vote came on the same day Scott proposed a $618 million tax cut plan, a concept Galvano called “ambitious. He urged the governor to reach an accord on the gaming bill before counting the money his budget.

In order for any compact between the state and the Tribe to become law, the Legislature must ratify it.

Galvano stressed that by opening the door to new gambling options, and ushering in the end of others, the state will create new economic development opportunities for many communities.

Oliver Gilbert, mayor of Miami Gardens which is home to Calder Race Course and Casino, urged the committee to allow racetracks to end the practice of live races in order to keep their gambling permits. He believes the land that could be freed by doing that will help to spur development in his land-locked town.

“We have 112,000 people and no movie theater, one sit-down restaurant,’’ he said. “We have a city. Having a community takes more.”

Galvano stressed that the bill builds upon work done by previous legislators and ratifies most of the 2015 accord reached between the Tribe and Scott that allowed the Tribe to convert all seven of its casinos to full casinos with black jack, roulette and craps in exchange for $325 million in revenue sharing each year.

Among the changes to 2015 deal, the proposal also:

* regulates fantasy sports under a new “Office of Amusements” within the Department of Business and Professional Regulation, including issuing licenses of up to $500,000 to operate fantasy sports contests in Florida:

* allows dog and horse tracks and jai alai to end live racing, known as “decoupling,” but limits the window when horse tracks can decide to end racing;

* reduces the tax rate on slot machines from 35 percent to 25 percent;

* attempts to boost horse racing by supplementing the purse pool for live races up to $20 million;

* revokes dormant pari-mutuel permits and prohibits the state from authorizing any new permits except those authorized in the bill;

* allows the division to use $20 million to buy-back active racing permits;

* allows all parimutuel cardrooms to offer player-banked card games, ending the uncertainty of the pending litigation;

Sen. Dana Young, R-Tampa, voted for the measure but expressed concerns about the fate of Tampa Bay Downs, which she said was in the shadows of the Seminole Tribe's Hard Rock casino in Hillsborough County and could therefore win voter approval for a slots license.

Because the legislation involves not only legislators and the governor but the Tribe, which is a sovereign nation, the exercise “really is three-dimennsional chess,’’ Galvano said.

But the swift approval by the committee is intended to “underscore that the Senate is very serious about getting there,’’ he said.