« Galvano proposes sweeping gaming expansion: 'What I want to avoid is death by 1000 cuts' | Main | What Trump said as a candidate about wet foot, dry foot » 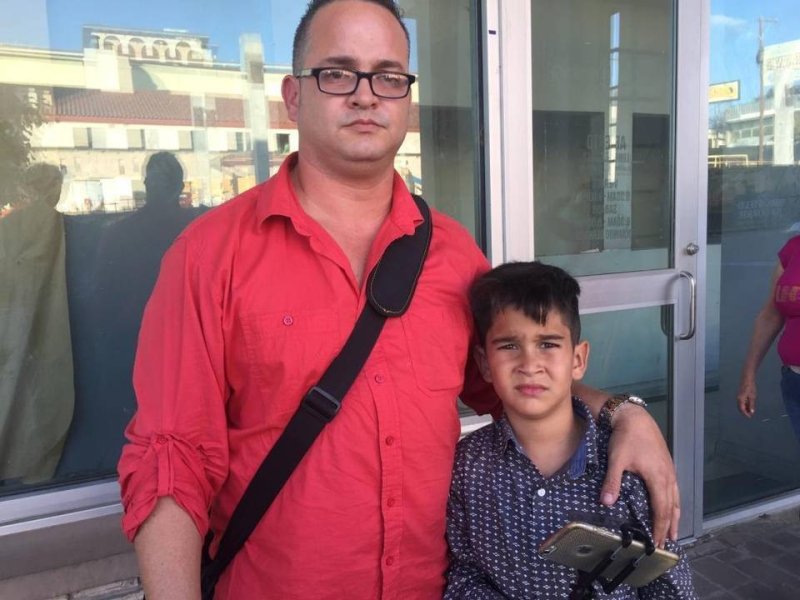 LAREDO, TEXAS -- The U.S. border patrol agent checked the 32-year-old Cuban electrical engineer’s and his 7-year-old son’s documents one last time. Then he welcomed them into the country.

But before Yuniesky Marcos Roque walked away, the agent told him he was the last Cuban who would be allowed through the border station.

“He told me that my son and I were the last Cubans to be let in,” said Marcos, pulling his son, Kevin, toward him. “I’m very emotional right now. I came here for him. So he could have a better future. I’m relieved that we made it, but sad for the others waiting on the bridge.”

President Barack Obama announced Thursday afternoon that he was ending the so-called “wet foot, dry foot” policy that allowed Cubans to remain in the United States simply by touching American soil. The decision was effective immediately.

The decision was felt especially hard in this city on the border with Mexico, where dozens of Cubans have been arriving daily, racing to enter the United States worried that this exact moment would arrive. Cubans who’d made it to a safe house in this city Thursday morning said they believed dozens were in line to enter when the policy ended.