« Trump's inauguration prompts Miami backers to break out champagne | Main | Florida woman at D.C. anti-Trump march: 'I feel like my innocence was taken away' on Election Day » 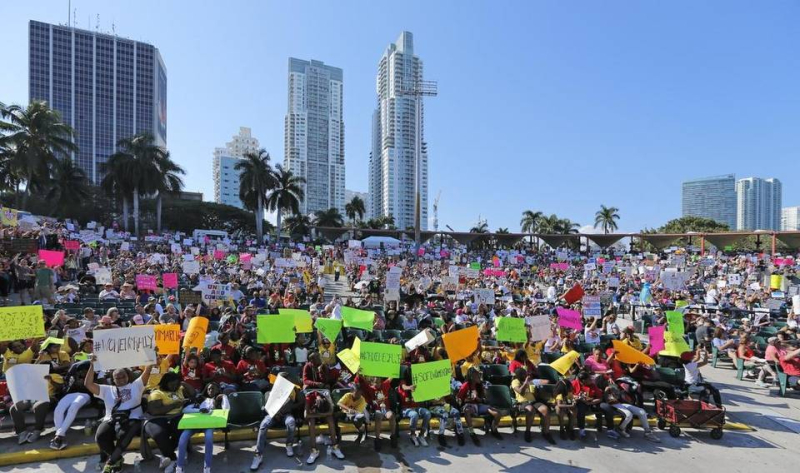 An estimated 10,000 descended into the Bayfront Park Amphitheater Saturday for the Women’s Rally of South Florida before Miami-Dade fire marshals closed off the entrance at 2 p.m. due to overwhelming crowds.

The march was one of hundreds around the globe to coincide with Saturday’s Women’s March on Washington, which drew roughly half a million people on the day after President Trump’s inauguration to mount a full-throated protest against Trump and Republican Congressional leaders on women’s rights. Thousands of women from South Florida trekked to the nation’s capital to take part in the march.

The Miami rally focused on an array of causes built around human rights — women’s rights, immigrant rights, LGBT rights and environmental rights. Keeping access to healthcare after Republicans in Congress voted to repeal the Affordable Care Act, which has provided medical insurance to 20 million Americans, also drew many to the march.

“We really felt it was important for the rest of the country — and people around the world — to stand in solidarity with the people who can’t make it to D.C.,” Stephanie Myers, 42, one of the organizers of the South Florida rally, had told The Herald. “The rhetoric of this cycle was just so divisive.”