After Fort Lauderdale airport shooting, Broward may push for ban on guns in government facilities 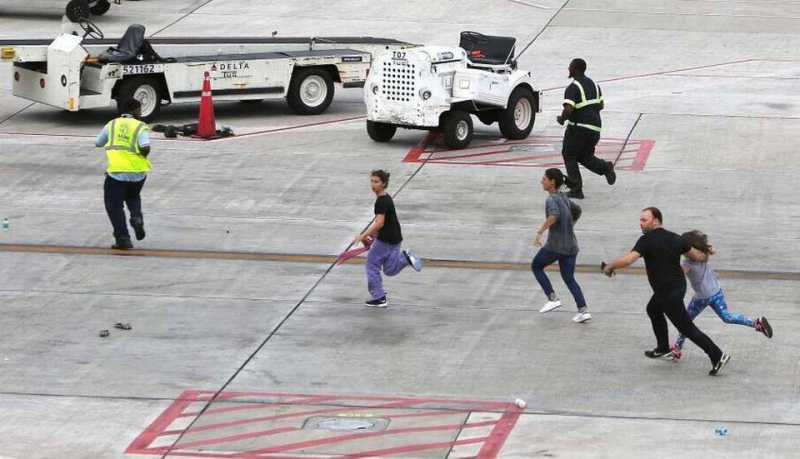 One month after the mass shooting at the Fort Lauderdale airport, Broward County Commissioners will discuss a resolution Tuesday to oppose legislation that would allow guns at government facilities.

The resolution doesn't specifically mention airports but the sponsor, Commissioner Steve Geller, said he opposes State Rep. Greg Steube's bill to allow conceal carry permit holders to carry guns in airports, one of multiple proposed bills to expand where guns may be allowed.

Here is the text of the resolution:

The board opposes legislation allowing individuals with concealed-weapons licenses to open-carry firearms on college and university campuses; at state legislative and cabinet meetings; governing board meetings of counties, cities, school boards, special districts; and in courthouses."

The County Commission previously approved it's state legislative program which included statements on gun regulations, however Geller's resolution would make opposing certain bills about guns a priority for county lobbyists.

The Democratic-dominated County Commission located in the most left-leaning county in Florida doesn't typically carry weight in GOP-dominated Tallahassee on partisan issues such as gun control. However, Broward officials may have more of a bully pulpit this year after an Army veteran opened fire in baggage claim at the Fort Lauderdale-Hollywood International Airport Jan. 6th, killing five and injuring six others.

And Geller says he believes there is common ground with some senators, many of whom previously served in local government, who oppose efforts to allow guns in certain settings such as local government meetings.

Local government meetings "get very heated and to permit people to come in packing to me sounds absurd," said Geller, a former state senator. "What is it -- an attempt to intimidate elected officials?"

The shooting has also renewed the debate about the city of Fort Lauderdale allowing gun shows at War Memorial Auditorium in Holiday Park. The City Commission has continued to support allowing the shows, the Sun Sentinel reported.