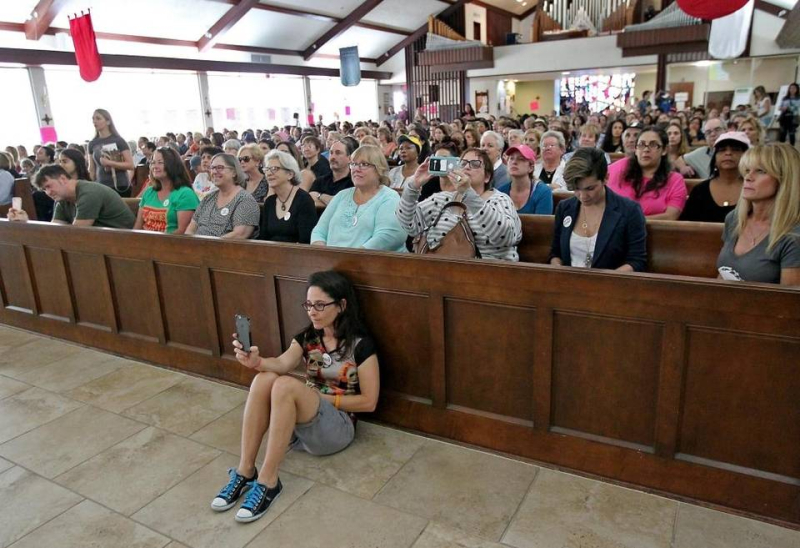 Three weeks after they wore pink knitted hats, waved homemade protest signs and marched in Washington and in Miami, the women determined to keep confronting President Donald Trump filed into the pews of St. Stephen’s Episcopal Church in Coconut Grove — if not to pray, then at least to commune.

“If you feel comfortable closing your eyes, please do so: We’re in a safe space,” Natalia Vásquez urged as she led an opening moment of meditation that felt a lot like the start of a yoga class. “Ask yourself, ‘Why am I here? What is important to me right now? And how can I become involved in loving action?’”

They breathed and applauded and cheered together. And then came the hard work: trying to figure out how to turn their anti-Trump fervor into a long-term political movement — one more akin to the tea party, which quickly dominated U.S. elections, than to Occupy Wall Street, which didn’t.

The women’s marches held on Jan. 21, the day after Trump’s inauguration, drew such extraordinary crowds that organizers across the country have spent the past few weeks dealing with the consequences of their unexpected success. Protesters wanted to know what more they could do — now and over the next four years.

No one had planned that far in advance.