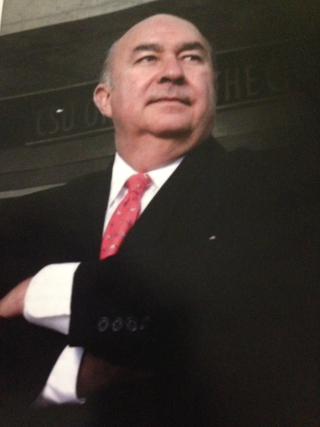 Charlie Reed's formidable presence roared back to life Friday inside the Alumni Center at Florida State University. This, after all, is what a memorial service is all about.

Reed, who died in December at age 75, was the leader of higher education systems in Florida and California for more than three decades and was a feared and respected fixture in Tallahassee, where he also served as Gov. Bob Graham's chief of staff in 1984-85.

He was blunt and highly critical of what he saw as a penny-pinching, short-sighted Florida Legislature. He was fiercely supportive of students, hard-working and unpretentious, and he hated titles like "Chancellor," demanded to be called Charlie and refused to work under a contract. He said if he wasn't wanted any more, he needed an hour to clean out his desk.

Sowinski is known today for his work on ballot initiatives, such as opposing expansion of casino gambling in Florida. But when Reed was chancellor of Florida's universities, Sowinski was a lobbyist for university students who clashed with Reed on tuition and other issues. As Graham told the story, when Reed learned Sowinski wanted to go back to Orlando, he offered to put in a good word with Orlando Mayor Bill Frederick, who hired Sowinski and gave his budding career a big boost.

"I enjoyed that column," Graham wrote, "because it spoke exactly to who Charlie was -- someone who really lived to help others."