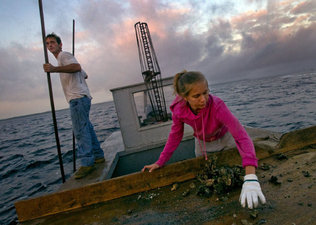 A special master appointed by the U.S. Supreme Court ruled against Florida Tuesday and in favor of Georgia in the 16-year water war over water rights to the Apalachicola, Chattahoochee and Flint River Basin.

The ruling by Ralph Lancaster, Jr., a civil attorney from Portland, Maine, concluded that Florida failed to prove that new limits on Georgia’s water consumption were needed. He made the ruling after five weeks of hearings last summer and more than $98 million in attorneys fees spent on the case by the state of Florida.

“Florida has failed to show that a consumption cap will afford adequate relief,”  Lancaster said in a 70-page ruling.In his ruling, Lancaster’s suggested that Florida made a serious tactical error by not including the U.S. Army Corps of Engineers as a party to the lawsuit.

“Without the Corps as a party, the Court cannot order the Corps to take any particular action,” Lancaster wrote.

The Florida House of Representatives  has called into question the cost of the litigation as authorized by Gov. Rick Scott, the Florida Department of Environmental Protection and the Florida Office of the Attorney General. It found that in the last two years, after Florida asked the U.S. Supreme Court to intervene and the court appointed a special master to resolve the dispute, the state spent $54.4 million on legal help from four law firms.

According to a spreadsheet obtained by the Herald/Times, the numbers showed that the lead lawyers, Washington-based Latham Watkins, would be paid $35.9 million between 2015 and 2017.

Foley Lardner, the Florida firm where Steverson’s predecessor, Hershel Vinyard, works and where Steverson is now headed, would be paid $2.6 million over the same time. Two other firms also were paid lesser amounts: $1 million to Blankenau and $966,000 to Carlton.

The records also show that Latham Watkins charged the state for 32 to 35 full-time legal staff for 40 hours a week over four months. The firm also charged significantly more than the other firms for lawyers of comparable experience.

Photo: Oyster fisherman on the Appalachicola River by Patrick Farrell of the Miami Herald