From the Miami Herald archives: At Justice Department, Acosta focused on human trafficking 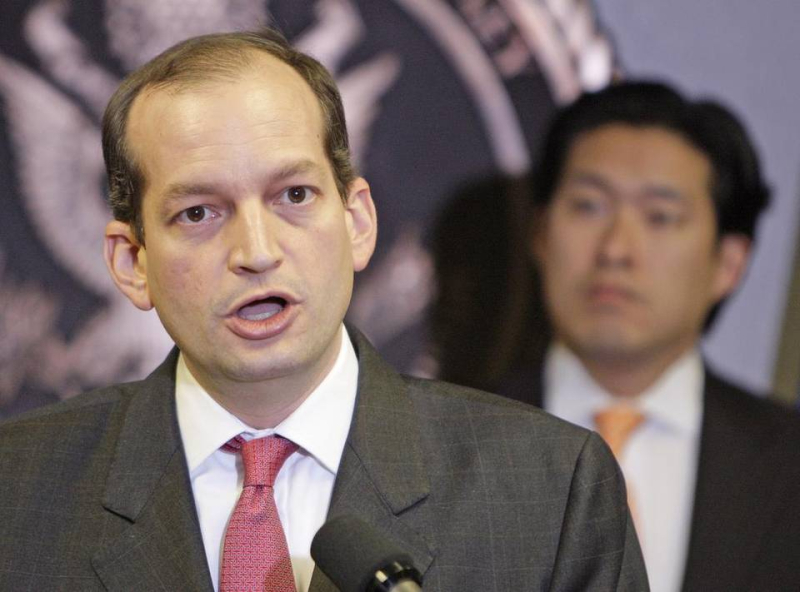 This story was originally published in June 2004.

When Alex Acosta talks about the Justice Department's battle against modern-day slavery, the passion in his voice comes from one stark image in his memory.

It's a photograph he saw a few years ago of a tiny room where a 14-year-old Mexican girl was held captive: just three walls, a curtain and a twin bed.

The girl slept there, lived there and was forced to have sex there with man after man, up to 30 a day, he said. There was only one personal item in the room: a teddy bear, the last remnant of her lost childhood.

"This is human trafficking, " he said, punctuating each word, as he announced a new antislavery initiative last week in Tampa. "It is evil. It is hideous. It is one of the most horrendous crimes of our society."

Last August, Acosta became the first Hispanic to lead the Department of Justice's civil rights division. The Cuban American from Miami who entered Harvard University at age 17 is now the point man in the government's drive to halt trafficking of an estimated 15,000 people a year into the United States for slavery.