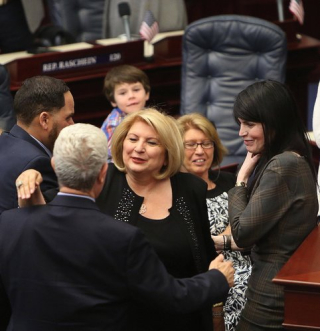 "Transparency when conducting the people’s business is of the utmost importance and that’s why our caucus room is always open to the public," Cruz, D-Tampa, said in a statement.

Speaker Richard Corcoran, R-Land O'Lakes, assembled his Republican members at an upscale bar not far from the Capitol called The Edison on Wednesday night, where he played a video targeting Enterprise Florida, instructed members to "stay on the moral high ground" and blocked a Times/Herald reporter from observing the meeting.

"It’s also no secret that Enterprise Florida is an agency in serious need of reform and House Democrats look forward to having that debate," she said. "Floridians deserve an end to corporate welfare that benefits large corporations and the ultra-wealthy and a renewed focus on growing jobs here at home by supporting our local small businesses."