It's robo-call time for 20 more Republicans in the Florida House. They are the GOP members of the House Appropriations Committee who are set to vote Tuesday on one of Speaker Richard Corcoran's top priorities: a bill dismantling Enterprise Florida and Visit Florida (HB 7005).

This is the issue that has created a major rift between Corcoran and Gov. Rick Scott, who supports retaining the two programs that Corcoran calls "corporate welfare" and "the government picking winners and losers." 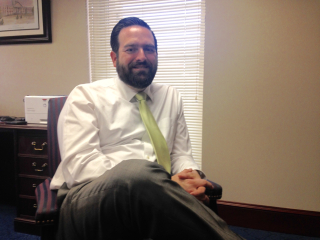 "We're not even in session," Diaz said. "For somebody to vote in the affirmative does not mean that they support the bill wholeheartedly. It just means that they want to continue the conversation, and I don't think anyone has ever lost an election for continuing a conversation."

"We're in kind of a tough spot," said Moraitis, whose Fort Lauderdale district is heavily dependent on tourism. "But this is not a final vote. This is advancing a conversation."

That sounds like a vote less about the merits of the issue and more about process, and enabling Corcoran to retain a bargaining chip with the Senate and governor. At a private caucus with House Republicans last Wednesday, Corcoran said he urged everyone to "vote your conscience."

Moraitis, who met with hoteliers and tourism people in Fort Lauderdale Friday, said that in the wake of last year's Zika scare, it's more important than ever to promote Florida to visitors. He said Corcoran has not put any pressure on him to vote for the bill. "I certainly feel I have to help advance the conversation and not shut it off prematurely," he said.