« John Morgan's talking tour sounds like the start of a campaign for governor | Main | One Trump protest near Mar-A-Lago cancelled, another one emerges »

Insurers make the case for legislative reforms for property, auto and workers comp 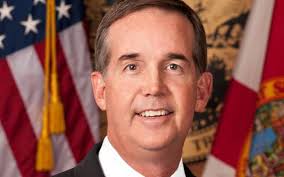 MIAMI -- Florida's homeowners’ insurance landscape has been treated gently by Mother Nature in the last decade, but the industry sees demons approaching that are increasing the cost and reducing access to affordable property insurance, especially in South Florida.

The culprit, according to officials at the Florida Chamber of Commerce's Insurance Summit Thursday in downtown Miami, are claims abuses by water damage repair contractors and their attorneys.

State law allows policyholders who need repairs to their homes to assign their rights to seek reimbursement from the insurance companies to third-party contractors. Some contractors persuade homeowners whose pipes or appliances have ruptured to assign over the benefits (AOB) and, working with attorneys, file lawsuits against the insurer if the claims are denied or payments are reduced.

Since 2006, the number of AOB claims In Florida exploded from 405 to 28,000 in 2016, said Chief Financial Officer Jeff Atwater, whose office oversees the Office of Insurance Regulation, at a noon address to the group.

"In these last couple of years, every pipe in every house has gone bad -- new and old construction -- or something else is amiss,'' he told the summit.

If the conclusion is that "someone is manipulating the process,'' only the Legislature can fix it, he said. Story here.

The issue is a top priority for the industry when the Legislature convenes in regular session on March 7, but runaway property insurance claims is only one of the top issues the insurers want lawmakers to address. They also want changes to the workers compensation market, which is seeing rate increases of 14.5 percent after a court decision that rejected caps on attorneys fees. Others in the industry want to jettison the personal injury protection requirements for auto insurance.

But most of the focus Thursday was on the prospect of higher costs and rising premiums because of the the AOB issues.

David Altmaier, director of the Florida Office of Insurance Regulation, warned that if the trend continues, "insurance companies would require a 10 percent rate increase each year just to keep up with it" and that would not only squeeze homeowners but discourage companies from writing homeowners insurance in Florida.

Citizens Property Insurance Corp., the state-run insurer of last resort which is the largest insurer in Florida, predicts that the cost of assignment of benefits or AOBs has soared from $367 per Citizens multi-peril homeowner policy in 2011 to a projected $2,083 in 2017.

"Until that's fixed, rates are going to go up across the state, insurers are going to get in trouble financially,'' and the efforts to shrink the size of Citizens, will "be reversed, "said Barry Gilway, CEO of Citizens.

Last year, the average water claim was $19,500, an amount that has doubled in 4.5 years, he said. Every month, Citizens gets 860 new lawsuits a month; 45 percent of all water claims last year went into litigation, and Miami-Dade, Broward and Palm Beach counties have the bulk of the claims.

"It is absolutely astounding," Gilway said. "It's trying to put your finger in the dike."

But Atwater warned that turning the insurance debate into a battle between attorneys and lawyers would be a mistake.

He noted that insurers allege that the surge in AOB claims is a result of fraudulent vendors working with unethical lawyers but as claims surged the insurance industry didn't alert his fraud unit very often.

In the last year, the number of times insurance companies referred an allegation of fraud related to assignment of benefits went from 77 to 226.

"Rather than simply say in meetings it's fraud, provide me with a quality referral and see if we can't improve and separate the bad actors from the good actors,'' Atwater told reporters Thursday.

He urged the industry to stay focused on the data, not the anecdotes.

"Is it over-litigation or fraud?,'' he asked. "If you're expecting legislative change, you should expect the only way to get there is an honest conversation on the data not a parade of horribles."

Altmaier noted that since the Legislature reformed workers compensation in 2003 to restrain attorneys fees and other costs drivers, rates dropped 60 percent "because of the behavior changes."

But after the Florida Supreme Court overturned the cap on attorneys fees last summer, his office concluded that costs will rise for insurers and subsequently approved a 14.5 percent increase in workers compensation rates for this year. But, Altmaier warned, the rates could continue to climb.

"There's no reason the same trends could not take place in the other direction" and "reverse a lot of the rate activity that we've seen over the last 10 years,'' he said.

When it comes to reforming the auto insurance market Altmaier and Atwater were less optimistic.

"I don't believe PIP can be saved,'' Atwater told the group. All owners of motor vehicles must purchase PIP coverage to cover up to $10,000 of their medical injuries regardless of fault. The PIP “no-fault” program was designed to protect injured drivers as well limit the need to use the courts to dispute claims.

Atwater said that there are "embedded costs" that have been woven in the price of auto insurance "that are not for the benefit of the consumer" but he said he is "worried more" about what may replace PIP than the current system.

“If the replacement creates a greater opportunity for mischief then maybe we should reconsider," he said.

Altmaier said his OIR’s top legislative priority is to reform the AOB program while preserving the benefits for consumers, Altmaier said. He wants the legislation to clarify that the attorney fee provision is meant to be used by the policyholder, not a third party contractor.

"We’ve identified this attorneys fees provision as an incentive to abuse the system, so we want to make sure we take that incentive off the table -- and doing it as surgically as we possibly can, so we leave the rest of the system intact,’’ he said in an interview.

Legislation has been proposed in the past to reform the AOB system but it has been rejected amid instense opposition from lawyers’ groups, who oppose the attorneys fee change.

Altmaier said it is not clear how much the changes would affect rates, but he expects it would likely halt future rate increases. If nothing is done, he and others warn that more companies will stop writing homeowners insurance in the state.

"Consumers deserve products that are priced according to the risk that they pose andd that is being driven up by a small group of folks that are abusing the system in some places,’’ he said. "That’s unfair to the consumers and we need to craft a solution that is reflective of the underlying risk."