« Rubio quietly returns from Europe and is confronted in Miami | Main | Plasencia: 'No one actively lobbying against' daily recess mandate »

No firebrand, but Joe Negron says he's just as committed to principles 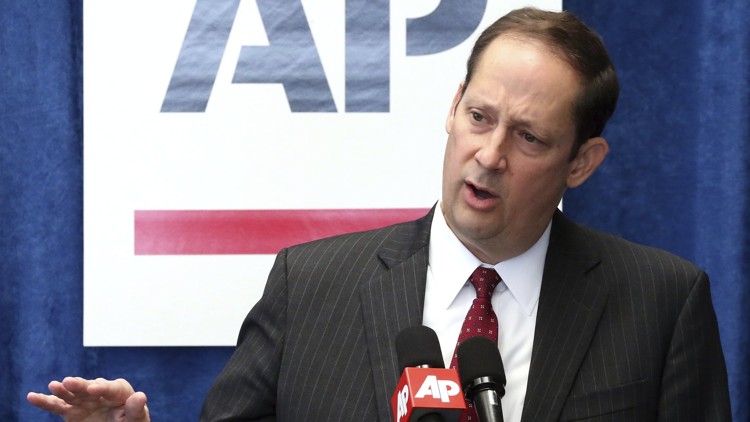 Florida Senate President Joe Negron is never going to be mistaken for a fiery ideologue who draws unwavering lines in the sand. But the Republican from Stuart said his temperament and willingness to work out policy differences shouldn’t be seen as a sign of weakness.

“How you say something is not a reflection of how committed you are to it,” Negron told the Times/Herald during an interview Thursday.

Negron declared that the art of working out policy differences through compromise is a healthy part of the process that past legislative leaders have demonstrated works. The attorney first elected to the Florida House in 2000, said he believes that even the biggest issues can be resolved in a way that people don’t have to compromise their values and principles. At some point the process requires everyone to work together in good faith to resolve their differences, he said.

“I find it to be an act of hubris to suggest that we cannot do that,” Negron said.

His comments struck a sharp contrast with House Speaker Richard Corcoran who has already declared that the House will not budge on, among other things, allowing economic incentives in the state budget or accept a tax cut plan for businesses while property owners face increased taxes because of rising property values - two of Gov. Rick Scott’s biggest priorities. Corcoran has also clashed with the Senate of basic budget writing rules, insisting that all budget items - including all local funding projects - first be submitted as a full bill in order to get into the state spending plan. At one point Corcoran even dared the Florida Senate to try to sue them over the rules when Negron suggested the Senate might have to take legal action if Corcoran didn't back off.

“We all have rules and principles,” Negron said  “They may be different from one another but people who are serving have a vision and are guided by the ideals that they believe in.”