« Delay, deception and destruction of public records on private accounts lead to big Martin County fine | Main | Here's why it's so difficult to be a Syrian refugee in South Florida »

Rick Scott dined with Donald Trump at the White House 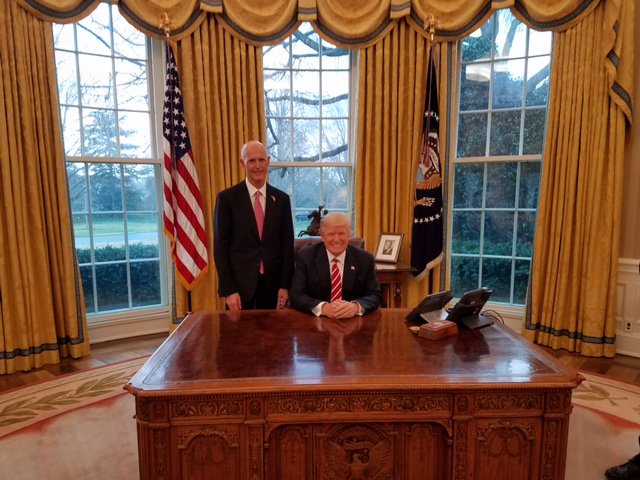 The White House called it a working lunch "to discuss how best to solve the problems of Obamacare, with a special emphasis on the states’ role in healthcare."

Scott's official daily schedule originally did not disclose the lunch. The governor's office sent a revised schedule at 5:25 p.m. indicating the meeting with Trump was at 2 p.m.

Scott then also tweeted a photo of himself in the Oval Office with the president, saying it was "great meeting with my friend @realDonaldTrump today on reinventing great health care in our nation!"

Great meeting with my friend @realDonaldTrump today on reinventing great health care in our nation! pic.twitter.com/Zy5KwlZ8vF