« Gov. Rick Scott getting help from Democratic mayors on job incentives | Main | Should teachers punish students with no recess? Lawmakers aren't weighing in this year. »

Rubio and wife to dine with Trumps at White House 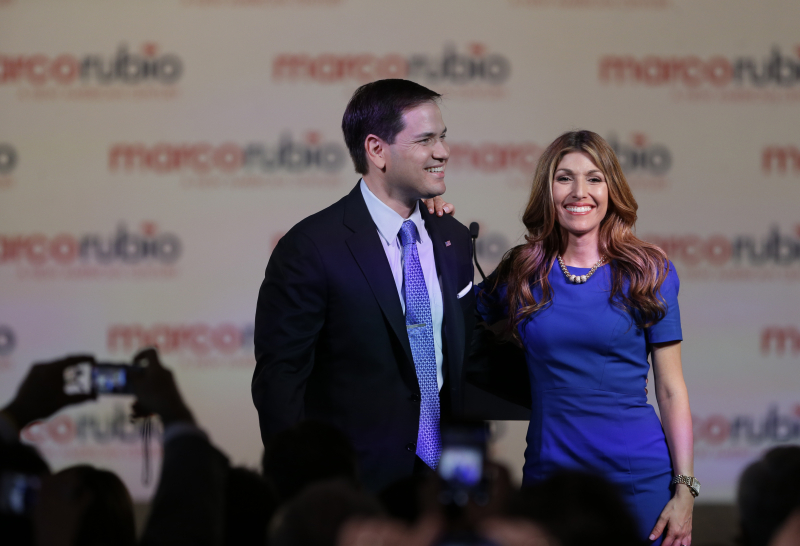 The Rubios will join the Trumps at 6:30 p.m. in the Blue Room, according to the White House. Trump has met with a number of lawmakers in Washington, but none has had a one-on-one dinner, wives included, on the schedule.

Trump and Rubio put aside the colorful exchanges they had during the Republican presidential primary (think "Little Marco" and...hands) once Rubio sought reelection to the U.S. Senate and received Trump's endorsement. Rubio also backed Trump's candidacy, even after a slew of controversies, though he didn't publicly campaign with him.

Rubio harshly questioned Rex Tillerson when Trump nominated him for secretary of state but ultimately voted for his confirmation.