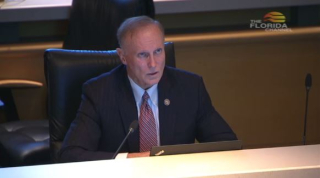 The amount of money Florida spends to recruit and keep good teachers for its K-12 public schools could potentially quadruple next year, under tentative plans being crafted in private by Republican House and Senate leaders ahead of the 2017 session.

Gov. Rick Scott last month recommended $58 million be spent in 2017-18 to fund a variety of teacher incentives, which would replace the controversial “Best & Brightest” teacher bonuses that reward top teachers based on their SAT/ACT scores in high school.

But one key senator revealed Wednesday that lawmakers are exploring a vastly larger amount than Scott proposes — in order to keep the best of “Best & Brightest” and expand the incentives to benefit more teachers.