« What happens to the Gretna ruling now that Justice Perry's work is done? | Main | Unanimous death jury vote gets first approval in Legislature » 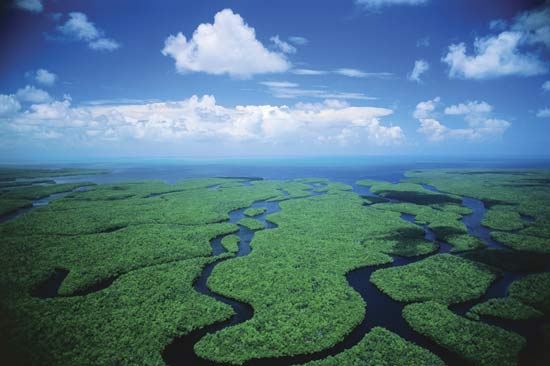 Sugar cane growers and other farmers who own some of the largest parcels of land in the Everglades Agricultural Area told the Florida Senate Monday that they will not willingly sell their land to build a water-holding reservoir south of Lake Okeechobee, setting up a possible stand-off in the power struggle over the future of Everglades clean-up.

The owners, which include sugar giants U.S. Sugar and Florida Crystals, said in a letter delivered to the Florida Legislature Tuesday, that they "do not support any governmental acquisition of additional farm lands south of Lake Okeechobee to solve issues that are being caused north of Lake Okeechobee and in Martin County.

The letter is signed by 12 individuals representing 14 companies who farm in the EAA. Their argument: any attempt to buy land to store water south of Lake Okeechobee "simply cannot store enough water to stop the discharges from Lake Okeechobee when our region is inundated from heavy rains."

The proclamation has the potential to create a steep hurdle for Senate President Joe Negron, R-Stuart, who has proposed spending $2.4 billion to buy 60,000 acres from "any willing seller" to build the reservoirs to store water. The goal is to avoid the damaging discharges from Lake Okeechobee that foul the estuaries on the east and west coasts with toxic algae, prompting the governor to declare a state of emergency last year.

Absent enough willing sellers, the Senate proposal, SB 10, requires that the state exercise its right to negotiate the purchase of U.S. Sugar land, which does not want to sell.

Increasing water storage has been part of the Everglades restoration plan for nearly 20 years but progress has been slow and incomplete. Negron and environmentalists now want to speed up the construction of the storage reservoir in attempt to avoid the damaging discharges.

The National Academies of Sciences, which issues an annual assessment of the $16.4 billion state-federal Everglades restoration project, recently reported that water storage projects have been consistently underfunded and incomplete. Of the 68 projects originally envisioned by the plan in 2000, only six are under construction and none are fully done.

Although the original plans called for about 1 million acre-feet more of storage -- the equivalent of about two feet of water in Lake Okeechobee -- current plans only provide 364,000 acre feet. The latest NAS report concluded those original estimates might be vastly underestimated and, instead, the high level of pollution in Lake O will likely require more capacity to clean water than previously thought.

Despite those scientific warnings, the agricultural community sounded their fierce opposition to the bill by Sen. Rob Bradley, R-Fleming Island, calling it a "job-killing bill is based on political science not real science." The Senate Environmental Preservation and Conservation Committee is scheduled to hear the bill on Tuesday.

“We are not willing sellers,” said John L. Hundley, chair of the Board of Sugar Cane Growers Cooperative of Florida in a statement on Monday. “Taking our farmlands out of production to pursue a plan that is not science-based will not fix the problems in the coastal estuaries. Instead, taking fertile farmland will punish the thousands of hard-working farm families and farming businesses in our rural Everglades Agricultural Area.”

"With this immense volume of water, it's impossible to store our way out of this problem,'' they said in their letter. "... Buying more land does not fix the problem."

But Eric Draper, director of Audubon of Florida, noted that Bradley's bill "provide three different options for increasing storage in the EAA" and, because it may take several years to complete construction of the reservoirs, "none require immediate impacts to farmers.

"Much of their land bought 20 years ago for restoration is still being farmed,'' he said.

Negron and Bradley have said that buying land is just one piece of the puzzle to stopping the damaging discharges that from the lake but the delay must end.

Speaking to reporters last week, Negron said that of the four experts who made presentations to the Senate committee last month, including South Florida Water Management District director Pete Antonacci, "all agreed that we do need additional storage capacity south of the lake" and the debate not is "when it should be done but how it should be done."

"Let's make a decision and let the water management district select the best place,'' he said. "The time for talking is over and the time for action is now."