Will Florida become the first state to impose term limits on justices? 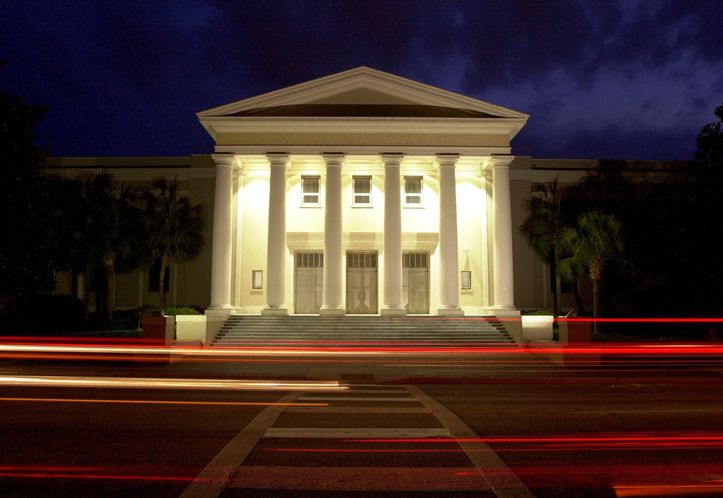 Despite a torrent of criticism from both conservatives and liberal lawyers, a House committee on Thursday advanced a proposed constitutional amendment that would impose a 12-year term limit on Florida Supreme Court justices and appeal court judges who now can serve until retirement age.

The idea is a top priority of House Speaker Richard Corcoran, R-Land O’Lakes, who accuses the Florida Supreme Court of repeatedly "writing whole cloth law" in violation of the separation of powers. If the measure is placed on the November 2018 ballot, it would need 60 percent of the vote to become law. No other state has such steep limits on its highest courts, although Colorado, Mississippi and Nevada have proposed judicial term limits at the appellate level and voters have rejected it .

The House Civil Justice and Claims Subcommittee voted 8-7, for HJR1, by Rep. Jennifer Sullivan, R-Mount Dora. The measure would not apply to judges currently in office but take effect beginning with anyone who is appointed to the appellate courts beginning in 2019.

Under current law, justices and appeals court judges can serve until they reach the retirement age of 70, but must face voters in an up-or-down merit retention election every six years. Sullivan argued that since no justice or judge has been turned out of office in the last 40 years, the system has not worked as intended.

“An accountability system that does not hold people accountable is not truly accountable,'' she said. "This bill seeks to correct that and give the people of Florida another opportunity to implement the accountability they originally intended to place upon our judicial branch of government."

The Florida Supreme Court, however, does have the power to discipline judges and the Judicial Qualifications Commission recommends who to discipline and remove. Most of the appellate judges that have faced sanctions in the last two decades have resigned before being reprimanded, according to a 2015 report by legislative auditors.

The proposed amendment is opposed by the Florida Bar, former court justices and legal scholars and, this year, the conservative Florida Justice Reform Institute, a judicial advocacy organization that has been on the losing side of many Florida Supreme Court rulings, also voiced its opposition to the bill.

William Large, director of the group, said his organization opposes the bill because it will diminish the quality of applicants who serve on the bench and erode public confidence in the judiciary.

“We want judges that are knowledgeable, experienced, diligent and who are texturalists and originalists - and judges who can say what the law is, not what it should be’’ Large told the committee.

The existing appointment process is working, he said, because many talent young judges are being appointed to the bench with those characteristics but, if the amendment is passed, few judges will leave a stable law practice to serve on the bench for 12 years because it will be more difficult to return into private practice when their terms are up, he said.

“It will insure that the best and brightest rarely, if ever, apply,’’ Large said.

Jeff Kottkamp, who has served in all three branches as former lieutenant governor, state representative and clerk for two federal judges, told the committee that the federal system gives judges life terms to insure their independence from the whims of political and economic pressures.

“Our founding fathers believed deeply in the independence of the judiciary, making sure that we protected our judges from the winds of change, from politics and from worrying about making an unpopular decision,’’ he said. But if the composition of the appellate courts turn over every decade, it will lead to less settled and consistent law and more conflicting opinions.

Large said that the measure could also lead to the same revolving door problems that term limits have created with legislators -- who often serve their eight-year term, win promises from lobbyists whose issues they vote on, and return as high paid lobbyists.

“It is going to prevent good people from ever applying and what we are going to see is people, who don’t need to return to private pracitce such as government attorneys, will make a lateral move out of the appeals judgeship and go back into government practice,’’ he said after the meeting. “Is that what we want?”

Warren Husband, lobbyist for the Florida Bar which opposes the proposal, said that one third of all appellate judges rotated off the bench in the last four years without term limits but, if justices are forced off the bench it will make is more difficult for many of them to return to the practice of law if they are late in their career.

“You wouldn’t want to apply to be a judge if you were [age] 54,’’ Husband said. “You would lose half of the district court of appeals applicants on age alone.”

Rep. Sean Shaw, D-Tampa, whose father was Supreme Court Justice Leander Shaw served for 22 years on the bench, said he opposes the bill because it is a threat to judicial independence.

“I’m still not certain that there is a problem that we are addressing,’’ he said. “If you do not agree with certain decision of the Florida Supreme Court or appellate court, good, that means that separation of powers is working.”

He said he was particularly concerned about what impact more rotation on the courts would mean to death penalty cases which, he said, are complex and require deep knowledge of the law.

This is the second time in two years the bill has been advanced in the House, but faces no companion measure in the Senate.