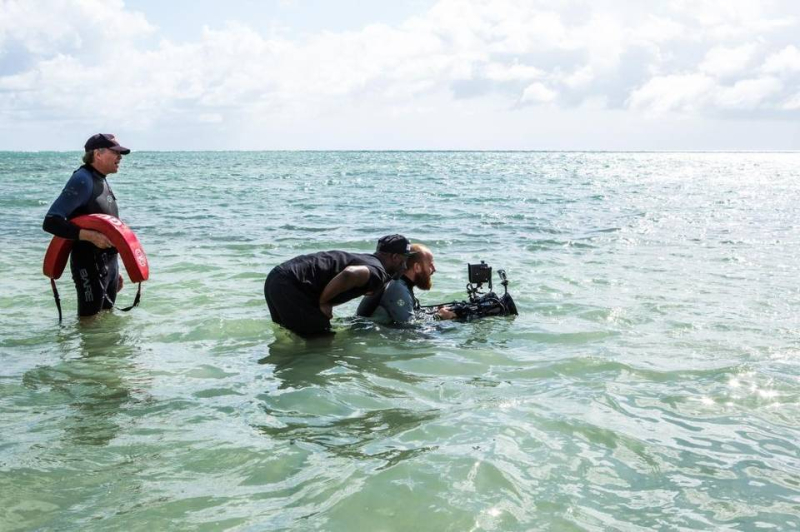 Ben Kanegson remembers the good old days of the Miami film industry — and by good old days he means 2015, when production on the second seasons of the HBO sports-comedy series “Ballers” and the dark Netflix drama “Bloodline” overlapped and he was forced to choose between them.

Kanegson, a veteran camera and crane operator who also runs his own equipment rental company, went with “Bloodline.” He’s currently working on the third and final season of the show, which will wrap production in the Florida Keys in March.

“One of the things that’s keeping me in Miami is I have seven more weeks of solid work here, working on the last show that’s filming in the state,” he says. “But this is the end of the line. The No. 1 topic of conversation among the crew as we go back and forth to the set every day is ‘Where are you moving to?’”

“A lot of them have already relocated to Georgia and have advanced their careers. When there’s demand for the work that you do, there’s room to move up in your field.”

But in Miami, as in the rest of Florida, the film and television industry is on life support, unable to compete with other states with generous tax incentives that help studios defray the ballooning budgets of filmed entertainment. At risk in Miami-Dade alone are the 4,900 jobs, $249 million in personal income and $20 million in tax revenues created over the past five years, according to the county’s Regulatory and Economic Resources Department.

Without state tax incentives, however, the film and TV industry is flat-lining. “Ballers” left South Florida after two seasons, lured to Los Angeles by an aggressive tax incentive aimed specifically at relocating TV series that had previously filmed elsewhere. “Bloodline” will end after its shortened 10-episode third season, even though the show’s creators are rumored to have planned enough story for five.

High-profile Hollywood studio movies such as the upcoming Dwayne Johnson-Zac Efron “Baywatch” and the Owen Wilson-Ed Helms comedy “Bastards” spent only a few days filming in Miami-Dade and Broward Counties. That’s a dramatic change from 20 years ago, when an average of 15 feature-length films were shot here from start to finish each year between 1994-1996.