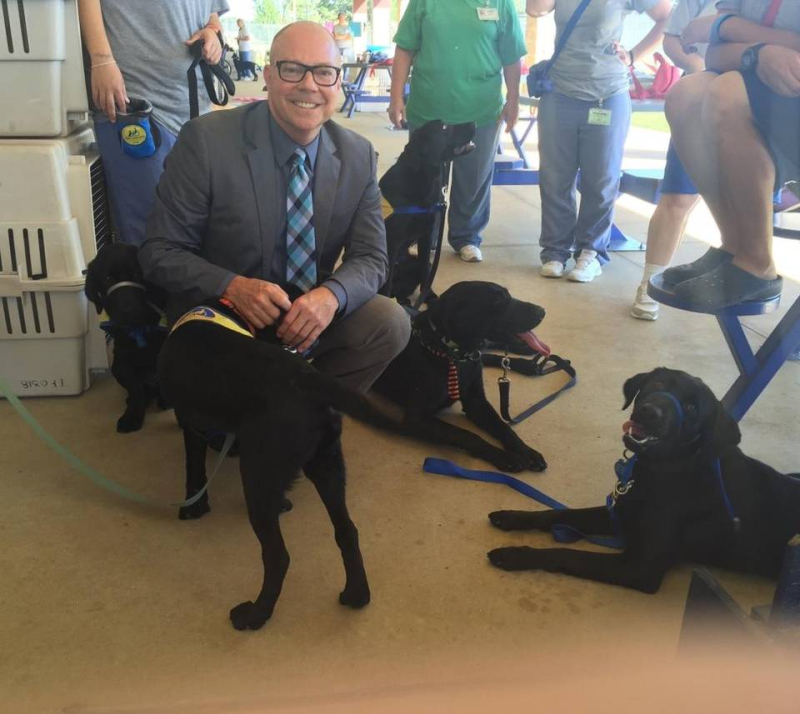 Numbers don't lie and Florida's private prisons are not saving money as promised, according to an investigation by legislator and retired forensic auditor Rep. David Richardson.

Part of the reason, he believes, is that the agency in charge of monitoring the contracts has no experience in prisons so the private prison vendors have for years "hoodwinked" the Department of Management Services, which supervises their contracts

After nearly two years investigating and auditing state prisons, Richardson, D-Miami Beach, won a small victory Tuesday and persuaded a House committee to shift oversight of the seven private prisons in Florida into a single agency to increase accountability and end what he says is a culture of finger-pointing when troubles emerge.

"I want one agency accountable and we will call them when things go wrong,'' said Richardson, as the House Criminal Justice Subcommittee voted 7-6 to move oversight of the state's seven private prison from the Department of Management Services to the Department of Corrections.

In the audience sat lobbyists for the private prison companies the Geo Group, Management Training Corp. and Corrections Corporation of America. None of them spoke to oppose the bill but had been urging members of the committee to reject it for days.

"I understand why the private prison operators wouldn't want it because for years they have had DMS hoodwinked,'' Richardson said after the meeting. "We have found inflated pricing, tremendous performance problems and cost-cutting measures that were unsafe and wasting taxpayer money."

Since 2004, when the Florida Legislature was moving aggressively to privatize prisons and prison programs, DMS has been charged with managing and enforcing private prison contracts while the job of inmate discipline, gain-time and release was left to the Florida Department of Corrections.

After spending more than 700 hours interviewing more than 300 inmates at dozens of facilities across the state, Richardson, a retired forensic accountant, discovered that the bifurcated oversight worked to the advantage of the three private prison companies and to the disadvantage of taxpayers.

He found that contracts that had been signed by DMS employees had used inflated measures to achieve the cost savings. The state not only guaranteed more education, substance abuse and transition programming at the private prisons than the state-run prisons but it also gave the private prisons the lowest risk inmate populations and, when he reviewed the contract with Lake City Correctional Facility, a youthful offender prison, he discovered the state had overpaid the contractor more than $16 million.

"I asked a very basic question: How do we pay these people?,'' he told the committee Tuesday. "Being an accountant and auditor, some of the numbers started jumping off the page for me, and raised a lot of questions."

For example, he concluded that although state law requires the private prisons to operate at seven percent savings over what it would cost for the state to maintain the same operation, when he looked at the numbers used to justify the savings, he found questionable numbers.

"There were some escalating factors within those calculations that pumped up the price in a way that caused the final number to be inflated and, when you take 7 percent off of that, the number is higher than what it should be,'' he said.

"No one wants to take accountability for this issue,'' Richardson said. "We need to have one agency responsible for those contracts so that we can hold it accountable."

In the last month, Richardson has exposed so many financial, as well as health and safety violations at the Gadsden Correctional Facility in North Florida that he has asked the governor to use his emergency powers to replace the management and take state control of the 1544-inmate facility. On Tuesday, Richardson learned that the facility's warden, Shelly Sonberg, is retiring.

But several of the members of the House committee were skeptical of Richardson's plan.

The private prison industry has been one of the most generous contributors to legislative political committees for the last decade and legislators have harbored doubts about the ability of the Department of Corrections to police itself in the wake of scandals that include the indictment of the resignation and arrest of the former secretary of the department in 2006 for accepting kickbacks, and more recent stories about abuse and cover-ups at the agency.

"Are you suggesting there was collusion" between the contractors and the agency? asked Rep. Gayle Harrell, R-Stuart.

Richardson responded, "I certainly would not use the word collusion. I have concerns about the way these contracts have been awarded and monitored."

Rep. Thad Altman, R-Melbourne, said he couldn't support the change because it created a conflict of interest to have FDC managing contracts in competition with its own operations.

Harrell also voted against it. "I think this merits an in-depth audit before we make significant changes of uprooting departments,'' she said.

Richardson said he was pleased with the vote but acknowledged the uphill climb he has to get the change through this year.

"If nothing else, I have put the issue front and center for discussion purposes,'' he said.