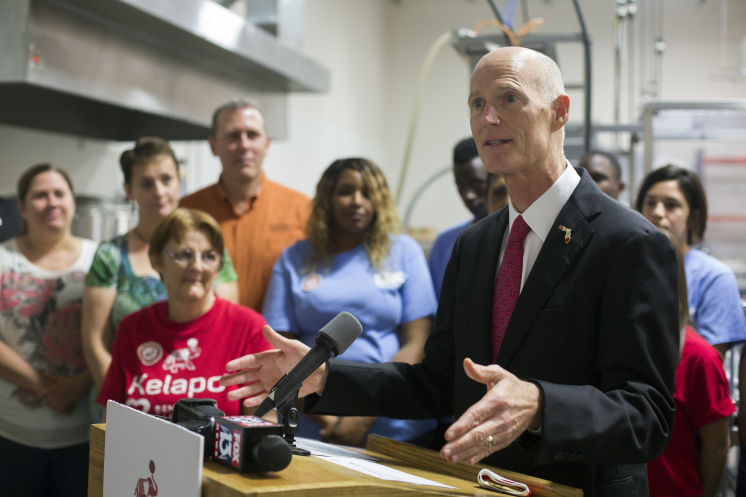 Gov. Rick Scott would get the $85 million he has asked the Legislature for to continue to hand out job incentives to companies to move to Florida, but with a big caveat, under a plan the Florida Senate rolled out this morning. The Senate would allow just $45 million of that to go to new job incentive projects.

And on Visit Florida, the state's embattled tourism marketing agency, the Senate would give $76 million, close to what they received this year.

A Senate budget writing committee led by Sen. Jeff Brandes, R-St. Petersburg, advanced a plan that would put only $45 million of new funding into two programs Scott uses to hand out tax credits to businesses to move to the state in return for creating jobs. Another $38.4 million would be set aside for past incentive contracts that have already been agreed to with companies. Scott asked for a flat $85 million in January, but his spending proposal did not block of just $45 million for new projects.

While not exactly how he requested it, Scott has to like the Senate plan more than the House's plan which would eliminate all funding for the tax incentive programs and would cut Visit Florida's budget to just $25 million.

House Speaker Richard Corcoran, R-Land O'Lakes, has been highly critical of both the funding for job incentives and Visit Florida. He's called both forms of "corporate welfare" and questioned if either are the proper role for taxpayers to have to fund.

Those criticism only grew after it became public that Visit Florida gave $1 million to Miami pop star Pitbull to promote Florida as a "Sexy Beaches" destination in his music videos and on social media.

The spending plans are still in their earliest stages. The Legislature has until May 5 to finish a budget for the 2017 to 2018 budget year that starts on July 1.