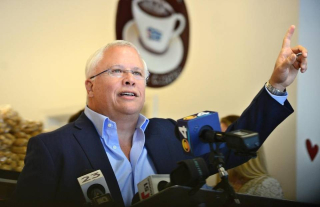 The 37-members of the Florida Constitution Revision Commission are getting word by phone that they should arrive in Tallahassee Monday for the first meeting of the powerful board that will decide what changes to recommend to voters in 2018.

The group is scheduled to meet Monday between 2 and 4 p.m. in the Florida Senate chamber to go over ethics and adopt the group's rules. It will then launch a series of public hearings around the state, said the group's chairman Carlos Beruff.

The outstanding question is what will the rules be? Word is they are using the rules adopted by the 1998 CRC as a starting point. Members of that commission credit the rules -- which established effective procedures for building consensus in the political diverse group -- as contributing to the successful passage of the recommended amendments by voters in 1998.

Another question: will the practices of the notoriously open-records averse governor rub off on the commission and Beruff? At least one member of the commission is an expert on the state's Sunshine laws and the governor's views. Senate President Joe Negron's appointee, Martin County Clerk of Court Carolyn Timmann, served briefly as Scott's director of open government.

The Florida Senate will host the group, as it did 20 years ago, and staff has spent the week updating the electronic voting board to include the names of the 37 commissioners. Beruff has hired Meredith Beatrice, the spokesperson for the Florida Secretary of State, to be the commission's public information officer and the Florida Senate has also assisted by helping to establish a web site, FLCRC.gov, which now is pretty spartan.