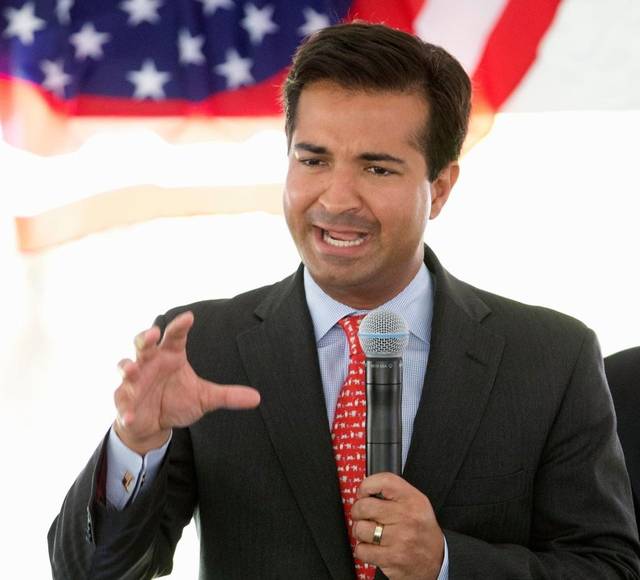 Miami Republican U.S. Rep. Carlos Curbelo says that a report about his party's health care plan "raised some serious concerns" but he didn't provide any specifics.

The report by the Congressional Budget Office predicted that 14 million Americans will lose their health care plan if the American Health Care Act is enacted. That number would rise to 21 million in 2010. More than 1.7 million Floridians have signed up for coverage under the current Affordable Care Act, more than any other state.

Last week, before the CBO released the report, Curbelo voted in the House Ways and Means Committee to move the bill forward.

Here is Curbelo's statement to the Miami Herald Friday: “The CBO report issued earlier this week raised some serious concerns, and I have been working with colleagues in both chambers to strengthen and improve this legislation. The status quo under the Affordable Care Act is not an option. I refuse to condemn my community and the country to a health care system burdened by ever-increasing costs, fewer options, government threats and fines against citizens, rampant fraud, inefficiency, and mismanagement. My goal is to assist the most vulnerable Americans and I remain confident there is potential for the Bettercare proposal to do just that.”

U.S. Rep. Ileana Ros-Lehtinen has been the most critical: she has said she won't vote for the GOP health care plan.

“After studying the impact of this proposed legislation on my district and speaking with many of my constituents, I have decided to vote no on the bill as currently written," she said in a statement to the Miami Herald. "The bill’s consequences for South Florida are clear: too many of my constituents will lose insurance and there will be less funds to help the poor and elderly with their healthcare."

U.S. Rep. Mario Diaz-Balart said Thursday he had "serious concerns" with the bill but he voted for it in committee:

“Today’s vote was merely a procedural advancement of the bill from the Budget Committee to the Rules Committee, where legislative changes can and must take place. My committee vote does not mean I will support final passage of this legislation as it presently reads. I have clearly stated that I have some serious concerns with the bill in its current form. This isn’t the end of the road, but rather, one step of a long process that will include conference with the Senate.

“It is well known the Affordable Care Act is collapsing; out-of-pocket costs and premiums have skyrocketed, insurance companies are leaving the exchanges, and state marketplaces have fewer choices. In Florida’s 25th District, the impact of Obamacare is significant. Residents in two of the three counties I represent, Collier and Hendry, only have one insurance provider, resulting in no choice or competition. I will continue working with my colleagues to ensure the replacement addresses the varying health insurance needs of our country, lowers costs, and bolsters the economy.”

Nationally, one-third of counties only have one insurer on the federal exchange. The CBO concluded that under the health care plan premiums will rise 15 to 20 percent in 2018 but by 2026 would be 10 percent lower.