Experts: Medicaid spending caps in GOP health plan could be costly for Florida 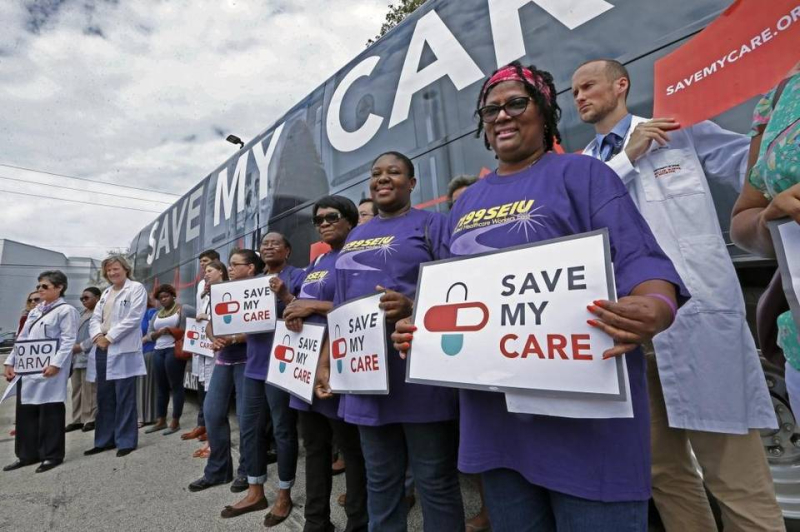 Florida stands to lose more than it gains under the bill unveiled this week by House Republicans to repeal and replace the Affordable Care Act — especially when it comes to the 4.3 million state residents who rely on Medicaid, advocacy groups reviewing the new legislation said Tuesday.

The House bill, called the American Health Care Act, calls for, among other things, a spending limit — known as “per capita caps” — for each person enrolled in Medicaid beginning in 2019, with annual adjustments for medical inflation. Any amount spent above the cap would be at the state’s expense.

That’s a problem for Florida, said Joan Alker, a researcher and Medicaid expert with Georgetown University’s Center for Children and Families, because the state could become a victim of its own success at cutting program spending over the years.

“Florida should be especially worried about the caps,” Alker said during a teleconference hosted by the Florida Philanthropic Network, a Tampa-based nonprofit and advocate of health insurance coverage expansion.

Under its current structure, Medicaid spending is open ended, with the federal government guaranteeing a 61 percent match for every dollar that Florida spends to fund the program. But the AHCA, which will be voted on by two House committees this week, would end the guaranteed federal match and cap Medicaid spending at 2016 levels.

Traditionally, Alker said, Florida’s spending for Medicaid has ranked at or near the bottom among all states, which means its spending cap is likely to be lower than the national average.

To make matters worse, Alker said, the rate of Medicaid enrollment in Florida among disabled persons and low-income seniors — the most expensive populations to cover under the program — has risen faster than national averages over the past decade.