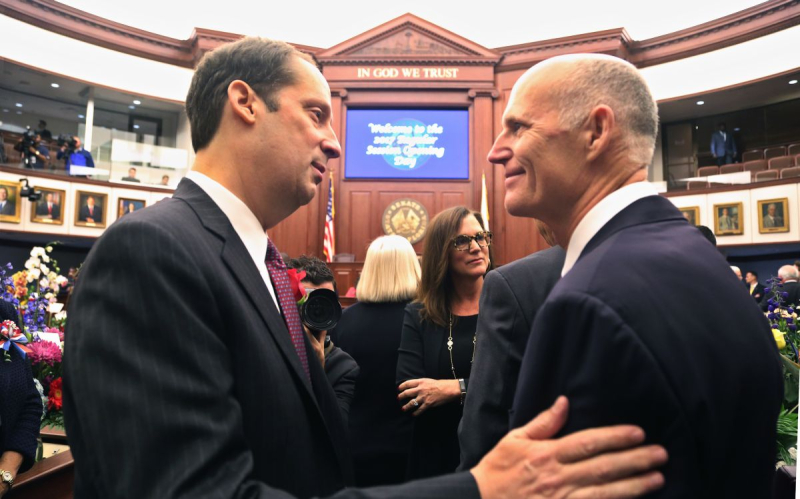 At his State of the State address, Gov. Rick Scott once again promised to cut the state's tax on commercial leases, something he says is unique only to Florida.

"Florida is now the only state in the nation to tax commercial leases," Scott said March 7.

Florida does levy a 6 percent sales tax on the total rent paid for any commercial property, including storefronts, offices and warehouses. But is that the only state-level tax of its kind?

Scott’s team sent over an October 2015 report from Florida TaxWatch, a group that takes a critical look at state spending with an eye toward long-term savings. The report says that Florida "is the only state to impose a standard, statewide sales tax on commercial real estate leases."

It cites as evidence a Nov. 24, 2014, research memorandum from the Florida Legislature’s Office of Program Policy Analysis and Government Accountability, which is nonpartisan.