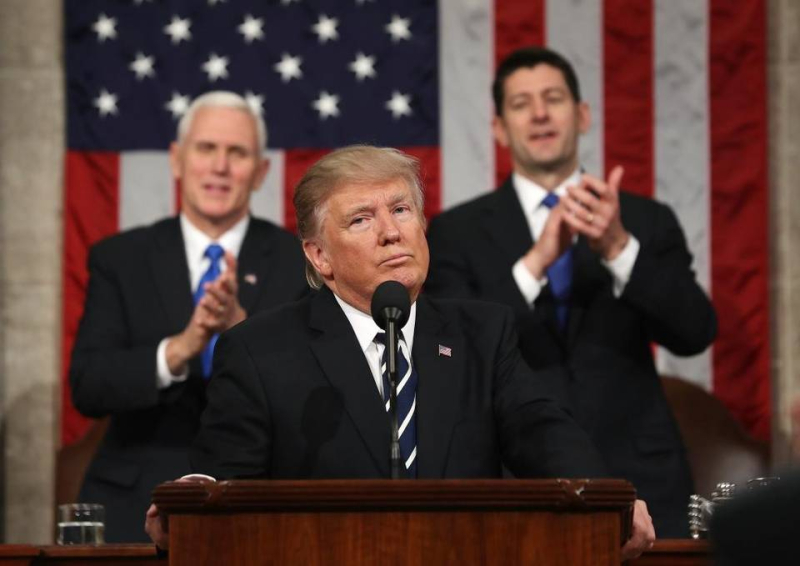 President Donald Trump promised to deliver "a message of unity and strength" that came from deep in his heart in his first address to a joint session of Congress.

Guests watching from the balcony with wife, Melania Trump, included family members of three people reportedly killed by immigrants living in the United States illegally. Down below, dozens of Democratic congresswomen appeared in the crowd as a sea of white, having coordinated on their wardrobes to send a message about women’s rights.

As is often the case with such addresses, Trump’s Feb. 28 speech included a mix of lofty aspirations and nuts-and-bolts policy proposals.

"Dying industries will come roaring back to life," Trump told the assembled lawmakers, dignitaries and guests. "Heroic veterans will get the care they so desperately need. Our military will be given the resources its brave warriors so richly deserve. Crumbling infrastructure will be replaced with new roads, bridges, tunnels, airports and railways gleaming across our beautiful land. Our terrible drug epidemic will slow down and ultimately, stop. And our neglected inner cities will see a rebirth of hope, safety, and opportunity."

Beyond his soaring rhetoric were some exaggerations or misleading statements about the health of the Affordable Care Act, the cost of illegal immigration and the state of the economy. He also got a number of statistical claims correct, though he sometimes seemed to claim more credit than may be justified.

Here’s PolitiFact's rundown of the president’s remarks, along with notes on their overall accuracy and additional points of context.