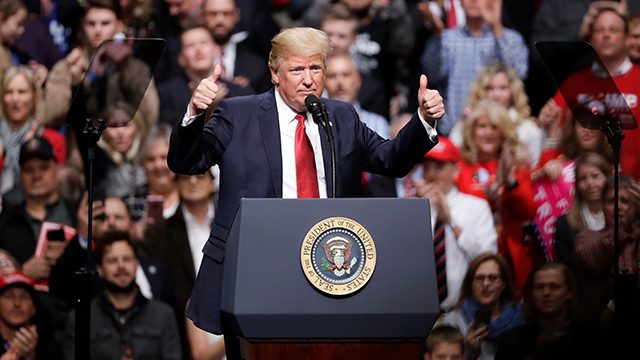 He delivered a campaign-style rally speech, repeating misleading talking points about the Affordable Care Act and the 9th Circuit Court of Appeals, but he was on point about decreases in illegal immigration.

Here’s a recap of what Trump said, fact-checked and with context.