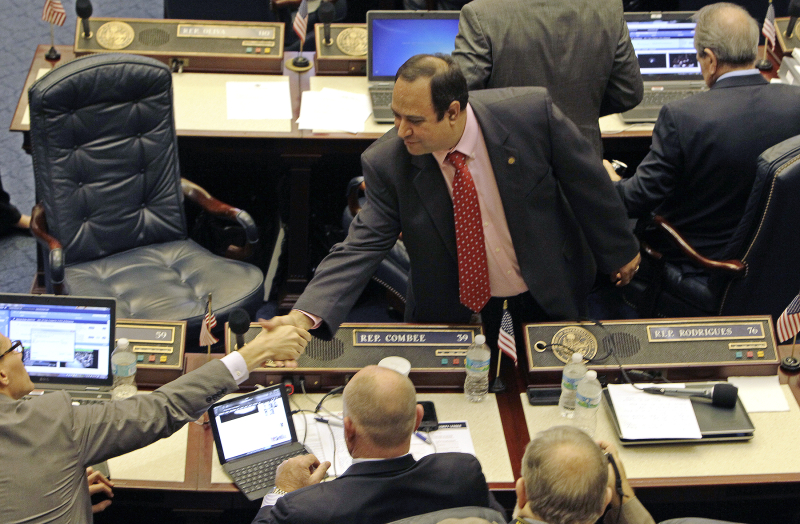 Florida House leaders on Tuesday released their proposal to give patients access to medical marijuana, which would slowly increase the number of businesses licensed to grow and sell cannabis and has drawn criticism for limiting patients' use of the drug.

The bill (HB 1397) gives the existing seven growers licensed under more limited cannabis statutes the first crack at selling the drug. It automatically adds five second-place growers that applied for regionally awarded licenses previously but were rejected after 150,000 patients have registered with the state.

Beyond that, it bans edible cannabis products and smoking. It limits "vaping" -- using vaporizer devices with a cartridge of the drug -- to only terminal patients, though vape pens and cartridges are currently being sold under the existing state laws.

Ben Pollara, executive director of advocacy group Florida for Care, said in a statement that the House's proposal is "moving backwards."

"HB 1397 also offers only a modest expansion of the marketplace for medical marijuana treatment centers and again takes a step backwards in doing so," he said. "Forget about government not being in the business of picking winners and losers, HB 1397 literally picks losers in the issuance of the first tranche of new licenses proposed in the legislation. The bill calls for the first five licenses issued to be awarded to applicants who previously applied for, but failed to win, a license under the current law."

On Tuesday, Senate President Joe Negron, R-Stuart, said he was pleased so many senators had filed bills and that he expects the chamber's Health Policy Committee to put together a piece of compromise legislation.