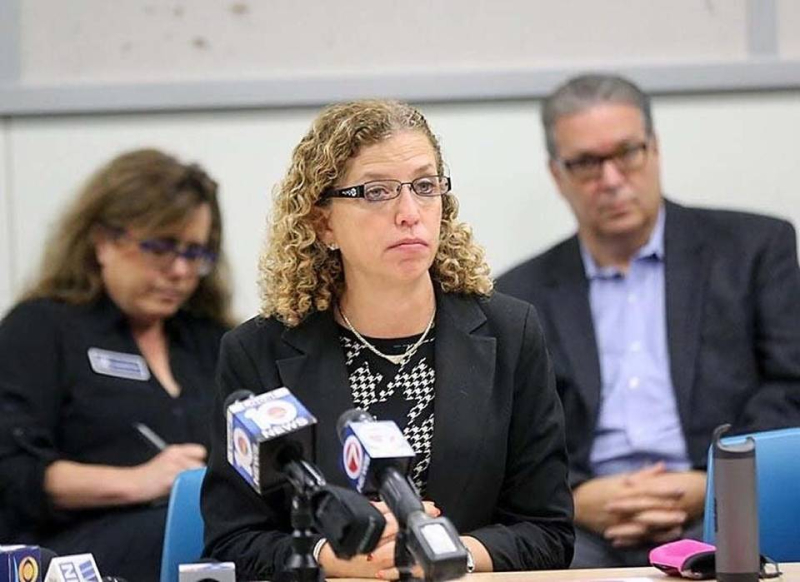 On Friday morning, the FBI arrested Juan Thompson, 31, in St. Louis in connection to at least eight of the threats in a few states not including Florida. Thompson, a former journalist, allegedly made the threats to harass a woman. Authorities don’t believe he is the perpetrator behind the bulk of the threats nationwide.

U.S. Rep. Debbie Wasserman Schultz, D-Weston, who organized the meeting at Broward College was grateful an arrest was made but said other perpetrators are still at large.

“I have been assured by our FBI, local law enforcement by all of the law enforcement involved in these investigations that this is being given the highest priority,” she said.

Leaders of Jewish schools, centers and synagogues held a closed-door briefing with the FBI and local law enforcement agencies to discuss security preparedness. The media was then allowed to watch the public portion of the meeting during which leaders discussed ways that they are already working with government agencies to combat anti-Semitism including trainings for law enforcement about hate crimes. Leaders called for the Jewish community to speak up when they see hate crimes directed at Muslims or other groups and to work together with people of all faiths to combat bigotry.