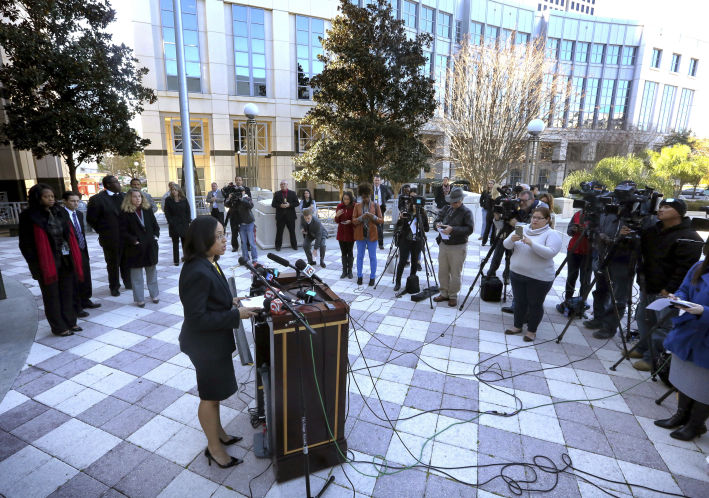 Nineteen of Florida's 20 state attorneys announced Friday they would continue to seek the death penalty in cases they feel it is justified, a rebuke to the Orlando-area prosecutor who this week declared she would no longer push for capital punishment.

"We affirm that the responsibility of enforcing the laws of Florida is paramount to our oath of office," the state attorneys said in a statement. "Throughout 19 of the 20 circuits of Florida, the death penalty will continue to be sought in those cases which qualify for its implementation."

On Thursday, Aramis Ayala, the newly elected state attorney in Florida's Ninth Judicial Circuit, which covers Orange and Osceola counties, said she would not pursue the death penalty in any case, including the high-profile prosecution of Markeith Loyd, a man accused of killing his ex-girlfriend and the execution-style shooting of an Orlando police officer trying to capture him.

Ayala's declaration this week elicited anger from others in the criminal justice community and among Republican elected officials. Gov. Rick Scott on Thursday removed her from the Loyd case, granting it instead to State Attorney Brad King, whose district includes Hernando County.

The statement from the Prosecuting Attorneys Association is the latest rebuke of Ayala -- and the most prominent bipartisan one.

"The victims' families of Florida deserve our dedication to implement all the laws of Florida," the prosecutors' statement continues. "That is why the people of Florida have elected us."

A spokeswoman for Ayala did not immediately reply to a request for comment.

At least one of the other 19 state attorneys publicly supported Ayala's right not to seek the death penalty.

"The Florida Constitution affords discretion to the constitutional officers in that locality," Hillsborough State Attorney Andrew Warren said Friday. "Ms. Ayala was exercising her discretion as the elected state attorney in her jurisdiction. She's accountable to the voters in that county for the next four years."

However, Warren said Scott was also within his right under the constitution to remove the case from her jurisdiction.

"It's not a question of whether I agree with it," he said. "Just as Ms. Ayala has the discretion not to seek the death penalty in a particular case, the governor apparently has the discretion to remove her from the supervisory responsibility of prosecuting the case."

Photo: On the steps of the Orange County Courthouse on Thursday, Orange-Osceola State Attorney Aramis Ayala announces to reporters that her office will no longer pursue the death penalty. (Orlando Sentinel)