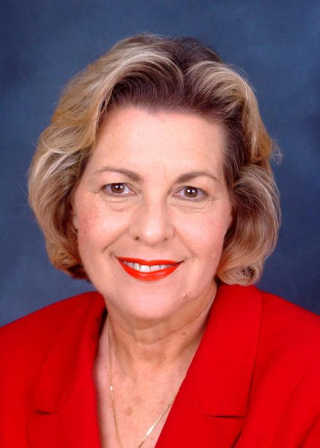 State Sen. Dorothy Hukill was absent from the start of the 2017 legislative session on Tuesday as she continues recovering from cervical cancer.

Her illness was disclosed in November, when she was also absent from the Legislature's organizational session after the 2016 election.

Because of her treatment and recovery, Hukill, R-Port Orange, has not attended any committee meetings yet this term in Tallahassee -- including those for the Senate Education Committee, of which she is chairwoman.

But during his opening address for session on Tuesday, Senate President Joe Negron, R-Stuart, said Hukill has remained "completely active during the entire time of her recovery."

He said she has continued to be "in charge of determining what bills are heard in the Education Committee and she's responsible for developing policy."

Negron mentioned that Hukill had recently undergone surgery and the report "is all very positive."

When she might come to Tallahassee for the 2017 session is unclear.

"We are looking forward to her rejoining us when doctors feel it's appropriate," Negron said, commending Hukill's selflessness and dedication to those who elected her. "That says a lot about her: Her main concern has been the Senate and her constituents."

Hukill -- who represents parts of Volusia and Brevard counties -- has been in the Florida Senate since 2012 and, before that, she served in the Florida House for eight years.

Debbie Mayfield, a Vero Beach Republican and former House member who is a freshman senator this term, is the vice-chairwoman of the Senate Education Committee, but she has not helmed committee meetings in Hukill's absence.

Instead, that responsibility was given to another member of the committee: Senate Majority Leader Wilton Simpson -- a Trilby Republican who's in line to be Senate president in a few years. Senate rules allow committee chairmen to designate their own replacements if they have to miss a meeting, Senate spokeswoman Katie Betta previously told the Herald/Times.