« Fact-checking a claim by a Florida Democrat about gender pay gap | Main | How many Floridians have Alzheimer's disease? » 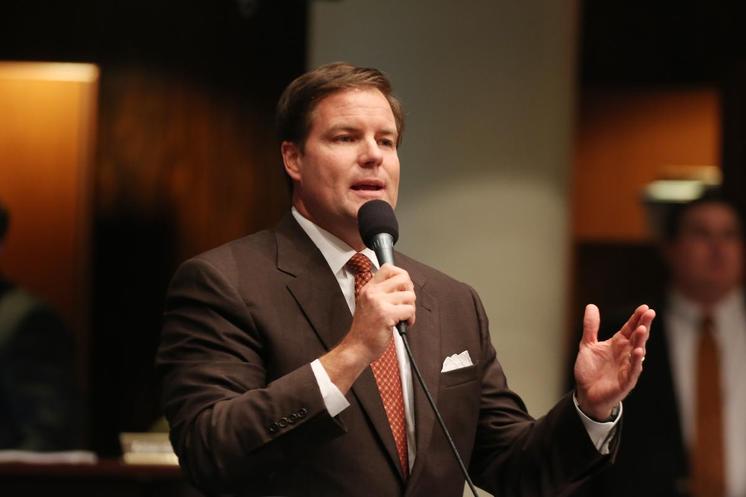 After a brief but divisive debate, the Senate Health Policy Committee Tuesday advanced a bill that would enhance an existing state pregnancy services program that excludes abortion referrals.

SB 1130, sponsored by Sen. Aaron Bean, R-Fernandina Beach, would for the first time place into Florida statute a program that provides state funds to a network of pregnancy centers. The program has been operating since 2005 outside of statute, with funding provided on an annual basis during budget negotiations.

“In statutes, we can further direct the Department of Health to firmly establish the program rather than relying on a proviso that could be changed every year,” Bean testified.

Testifying against the bill, Missy Wesolowski, director of public policy for the Florida Alliance of Planned Parenthood Affiliates, said her group has seen such clinics use questionable studies -- such as those that aren’t peer reviewed or those that cite results that don’t track with scientific consensus -- as “fact.”

“Sometimes you and I, we may both cite facts that are opposite,” Montford said. “Is there some assurance that the facts in this network that are used are medically sound?”

Bean responded that “that’s another reason why we should have the bill codified” in statute.

When Sen. Lauren Book, D-Plantation, asked Bean what a center would do if a young woman came in and asked for information on abortion, Bean responded, “They would not refer them to an abortion provider. They would say all of the other choices that are available out there.”

Bean’s response drew audible laughter from opponents of the bill.

Representatives of Florida National Organization for Women and the Democratic Women’s Club of Florida joined Planned Parenthood -- a provider of health services including abortion -- in registering their opposition to the bill at the committee meeting. A representative of the Florida Conference of Catholic Bishops rose in support.