« Is Rick Scott focusing on the wrong job creation issue? House Speaker says so | Main | Airbnb hosts who spoke to Miami Commission may have outed themselves » 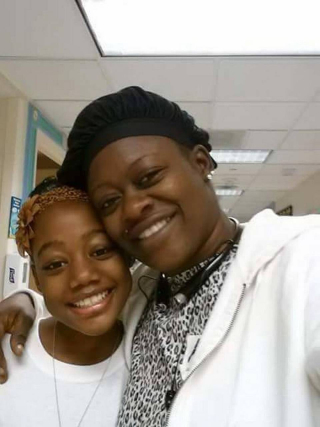 When a Miami psychologist examined Naika Venant in June 2015, she found a “depressed, angry and fearful young girl” who thought often about death and dying. “She expects people to abandon and betray her,” the psychologist wrote.

Terilee Wunderman diagnosed Naika with “significant depression,” and post-traumatic stress disorder, and recommended that she see a specially trained therapist to mend her broken psyche. Wunderman also warned against filling the 12-year-old with pills, because the medication she was taking “sometimes can cause the side-effect of depression.”

During the next 18 months, however, Naika’s doctors reached for the prescription pad again and again, increasing the dose of an ADHD medication, and adding another drug, Zoloft, records indicate. The anti-depressant comes with a critical warning: an increased risk of suicide in children. Story here.

Photo: Naika Venant and and her mother, Gina Alexis, smile in a photo posted on Facebook. Facebooky

Posted by Mary Ellen Klas on Thursday, Mar. 23, 2017 at 9:46 PM in Department of Children and Families | Permalink