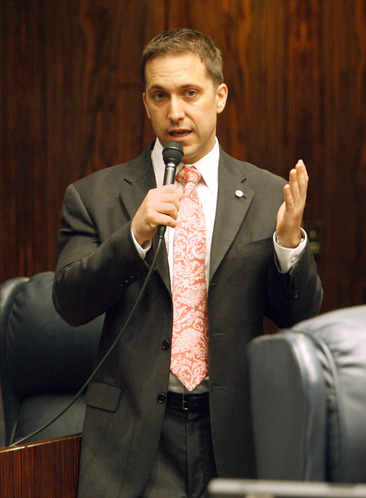 Jose Lambiet of Gossip Extra reports that Palm Beach State Attorney Dave Aronberg is getting divorced. Aronberg is a former state legislator and lost a Democratic primary for Attorney General in 2010. Here is his report:

Lynn Aronberg, a public relations maven and event planner, confirmed she put in the paperwork about 3 p.m. at the West Palm Beach courthouse. The petition has yet to be processed by the county’s clerk of the court and won’t be made public until Monday.

In an exclusive interview with Gossip Extra, Lynn cited two reasons for her unhappiness.

She wants a baby, “like yesterday,” she said, and Dave doesn’t.

What’s more, Lynn’s obvious support for Donald Trump has caused a firestorm among those in Dave’s liberal base, and Lynn says her husband has not stood up to those who criticize her!

The news comes suddenly for those who know the county’s power couple. Dave and Lynn have appeared together at Mar-a-Lago and at recent Democratic events.

Dave, 45, and former Miami Dolphins cheerleader Lynn, 36, were engaged while visiting Paris in December 2014. They were married the following May before family and friends on the sand of St. Pete Beach, and Gossip Extra was the only news organization allowed to cover the couple’s big day.