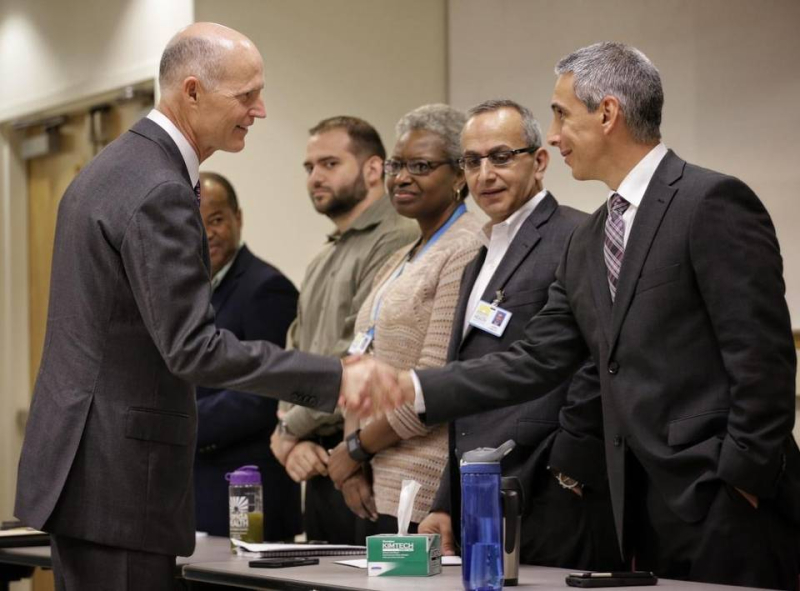 South Florida's battle plan for Zika, expected to rebound with the rainy season, includes more boots on the ground to inspect and fumigate for mosquitoes, more lab resources to speed up test turnaround times and the promise of a more collegial collaboration between the federal and state governments.

“As you know, I have a good relationship with the White House,” said Florida Gov. Rick Scott, who visited the health department in Miami on Monday for a roundtable with local leaders on Zika preparedness.

Scott was a frequent critic of the federal government as a partner in the fight against Zika last year. But he expects a better relationship with the Trump administration, specifically because of Health and Human Services Secretary Tom Price, whom Scott said he has known since 1993.

“I think they’ll be very responsive to the things I ask for,” Scott said.

Ben Haynes, a Centers for Disease Control and Prevention spokesman, said the federal agency will continue to provide support to all states affected by Zika, including Florida. He added that the CDC has deployed 78 staff workers to Florida since last summer and sent materials for about 25,000 Zika virus antibody tests.

Despite significant funding and lab resources that the CDC sends to Florida, the fight against Zika is largely a local effort.