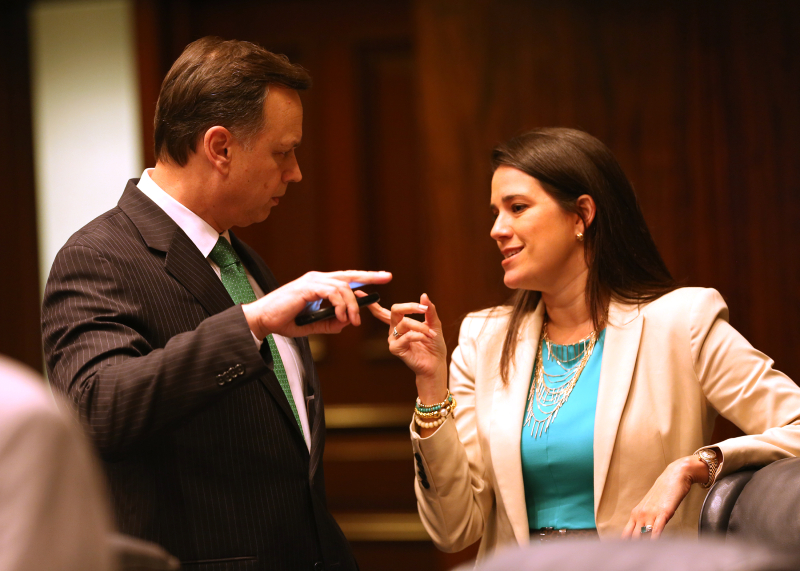 Florida state lawmakers on Tuesday proposed cuts to Medicaid that could take as much as $621.8 million away from hospitals next year.

The proposals, put forward by the House and Senate health care budget subcommittees are meant to reduce the state budget, but they have hospitals on edge.

In the House, Rep. Jason Brodeur, R-Sanford, recommended cutting the state’s share of Medicaid by $238.6 million. However, Medicaid is mostly funded by the federal government, so every dollar the state cuts has more than double the impact. The House proposal would take $621.8 million total from hospitals.

A ray of hope that the Senate is counting on but which the House is not: That the federal government might reinstate a pool of money meant to reimburse hospitals for unpaid care given to people who have no health coverage. Flores said she thinks it is “more likely than not” that the feds will give Florida $607 million for the Low Income Pool.

Flores said she believes the Donald Trump administration might be willing to negotiate with the state, and said that she has heard negotiations with Gov. Rick Scott’s office, state agencies and the hospitals have been productive.

Brodeur does not expect that money.

Hospitals and other care providers have been sounding the alarm about possible cuts for weeks. Earlier this week, the Times/Herald published a story explaining the impact on hospitals.

“It’s early, but we know we have a lot of support in both chambers, and we hope it all works out in the end,” said Lindy Kennedy, executive vice president of the Safety Net Hospital Alliance of Florida, which represents the state’s public, teaching and specialty children’s hospitals, after the House had released its proposal but before the Senate did.

The impact on local hospitals will not be clear until the budget writing process moves forward.

Both chambers broke with an approach put forward by Scott’s office that would have cut Medicaid funding based on a profitability formula.

“I don’t think principally you can penalize somebody for being profitable,” Brodeur said. “That’s not where we’re at. What we want to do is have the money follow the patient.”

The House also proposed cutting 428 positions in the Department of Health, continuing a trend of significant reductions to the department’s staffing base for years. Most of those are vacant, or “phantom” positions that were authorized in the state budget but were never filled by the department.

The Senate offered the reduction of just one position, though that includes reducing a handful of vacant jobs and adding several new ones.

Budget negotiations begin in earnest in the coming weeks, and the House and Senate still must agree on the state budget, including cuts to any programs.