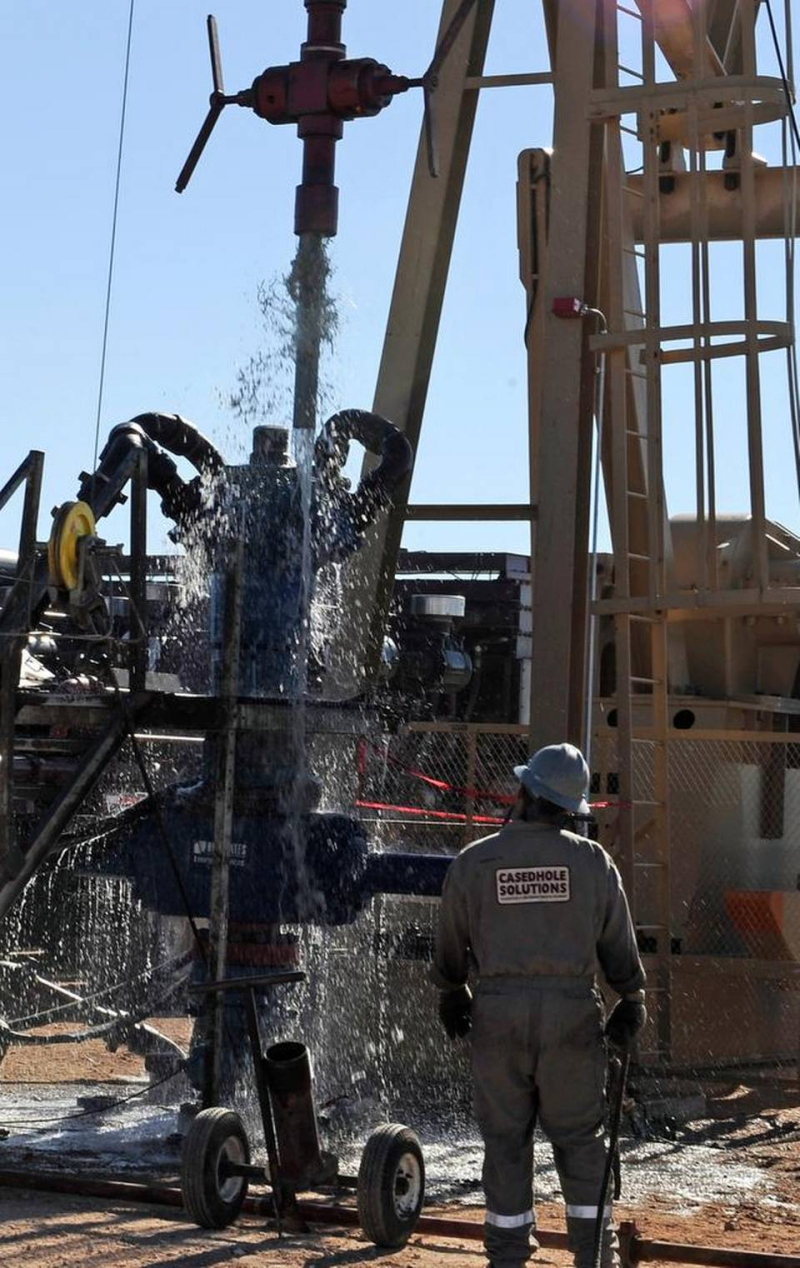 A House committee overlooked opposition by residential and commercial utility customers Tuesday and approved a proposal sought by Florida Power & Light to allow the company to expand its rate base by charging customers for investments in natural gas fracking operations in other states.

The bill, HB 1043 by Rep. Jason Brodeur, R-Sanford, would give the Florida Public Service Commission the authority to allow utilities that generate at least 65 percent of their electricity using natural gas to invest in oil and natural gas exploration, including fracking. It was approved by the Florida House Subcommittee on Energy and Utilities.

Although FPL is the only utility that could meet the criteria to qualify for the program this year, Duke Energy Florida, Inc., and Gulf Power Company are expected to qualify in the near future, if the bill is approved, according to an analysis by the House staff.

It would also be the first time in the nation that a utility company would be allowed to shift the risk of an exploratory drilling to customers, instead of shareholders, without determining whether each investment is prudent, the analysis said.

The uncertainty of the risk and the burden on customers drew opposition from the Florida Retail Federation, the Florida Industrial Power Users Group, the AARP, the Sierra Club and other environmental groups.

"Consumers could be on the hook for potentially large programs that produce no natural gas,'' said Jack McRay, lobbyist for AARP. He said FPL receives "among the highest rate of return of any utility in this country" so the company should have the capital needed to make the investment without charging customers up front.

Sam Forrest, vice president of energy marketing and trade for FPL, said utilities currently purchase natural gas at market prices and fuel markets are volatile and "while we hope natural gas prices will remain low, hope is not a strategy" and "customers are not protected by the risk of rising prices."

He suggested the project was a good investment for customers because the company currently spends about $3.6 billion on natural gas investment and "instead of being fully beholden to out of state corporations, we'd be able to take control of a small portion of our gas."

He called it a "common sense" proposal that removes the middle man in terms of natural gas investments, and that opponents are cherry-picking the facts.

Rep. Lori Berman, D-West Palm Beach, asked Forrest if the investment was so solid for the company, why it wasn't willing to do it without charging ratepayers.

Forrest said the program is operating now on behalf of the shareholders "which we're thrilled with" but the company wouldn't make the $180 million to $190 million investment on behalf of ratepayers without approval of PSC.

Rep. Eric Eisnaugle, R-Orlando, said that response "struck a bad cord to me" because it demonstrated FPL has already decided to hedge its fuel costs by investing in natural gas fracking but it wants its customers, not shareholders, to pay for it.

"The folks paying the bill are against it and that's a pretty good argument,'' he said, before voting against the bill. "In 15 to 20 years, are we even going to be using more natural gas? I don't think anybody knows. But we'll still be paying for it."

The bill overturns a court ruling that rejected FPL's attempt to get the fracking investment approved by the Florida Public Service Commission.

In 2014, FPL petitioned the PSC to approve its investment in a joint venture with PetroQuest, an oil and natural gas exploration company.  FPL would invest directly in PetroQuest’s shale gas reserves in the Woodford Shale region in Oklahoma and receive the rights to a share of the physical gas produced. In January 2015, the PSC approved FPL’s participation in the project and in July 2015, it agreed to new guidelines that allowed FPL to participate in similar projects in the future without the need to seek PSC approval -- a decision that went against a PSC staff recommendation.

The decisions were challenged by the Office of Public Counsel, which represents ratepayers before the PSC, and the Florida Industrial Power Users Group. They argued against allowing an electric utility to be permitted to recover non-regulated investments through regulated rates and suggested that fracking was not the same as fuel hedging.

In May 2016, the Florida Supreme Court agreed and reversed both PSC orders, concluding that regulators had exceeded their authority by approving the cost recovery for the project.

"Exploration, drilling, and production of natural gas fuel in Oklahoma do not constitute generating, transmitting, or distributing electricity in Florida,” the majority ruled in a 6-1 decision. It rejected the argued that the fracking project could be considered a hedge against price increases because it “does not involve a certain quantity of fuel for a certain price.”

J.R. Kelly, the head of the Office of Public Counsel who represents ratepayers in utility cases, told the House committee his office opposed the FPL project because "all the risk was put on ratepayers" and if lawmakers reverse the court ruling and order the PSC to authorize the project, he would like to see more protections for consumers.

For example, he said, "the state of Florida has no jurisdiction of an Oklahoma company but if ratepayers are paying those bills, I would want the PSC to review those expenses to see if they are reasonably spent."

He also warned that environmental problems could potentially derail a project and consumers would be left paying.

"If no gas came out of the hole, FPL would have to go out and buy replacement gas to replace the volume they're not getting,'' Kelly said. "There's no guarantees in the fracking world."

Rep. Nick Duran, D-Miami, voted against the bill because he said "this is moving in the wrong direction" on energy policy.  He said that when voters approved Amendment 4 to authorize expanded tax credits for people who install solar on their homes and businesses, that was a mandate that people wanted to increase incentives for solar energy.

"This bill doesn't foster that mandate,'' he said.

Rep. Bobby Payne, R-Palatka, said that his constituents "don't feel that it's really fair that there's a risk shift from the shareholders to the ratepayers" and he voted against the bill.

Rep. Joe Gruters, R-Sarasota, agreed, said he supported the bill because of FPL's record of lowering rates over the last 10 years.

"Do we trust FPL leadership to make decisions that are in the best interest of consumers?'' he said. "The fiscal hedge is not a bad idea and is a good idea for consumers."

A companion bill in the Senate, SB 1238, received fast-track treatment two weeks ago after the chair of the Communications, Energy and Public Utilities Committee Sen. Frank Artiles, R-Miami, was given celebrity status at a NASCAR race sponsored by FPL's parent company, NextEra Energy.

The Senate Communications, Energy and Public Utilities Committee unanimously approved the bill with little discussion and no debate as five Republicans and three Democrats overlooked warnings from opponents that the policies would cost FPL customers millions and lock the Florida utility into reliance on fossil fuels for decades to come.

FPL's proposal, called the Woodford Gas Reserves Project, allowed FPL to earn a guaranteed profit off of the investment. Although the company claimed the investment would provide a long-term hedge against volatile fuel costs and save customers money, FPL revealed that the Woodford project had cost customers about $5.8 million and did not save fuel costs.

According to the House's staff analysis, any utility that is "eligible to use this cost recovery mechanism will have the opportunity to expand the base upon which it earns a return on investment at the PSC-approved rate."

It added that "customers may or may not experience savings as the result of a PSC-approved investment" because the bill requires that the investment be produce the savings over the life of investment, which are calculated based on projections of natural gas market prices and production costs, as well as volumes of natural gas produced over time, which can fluctuate.