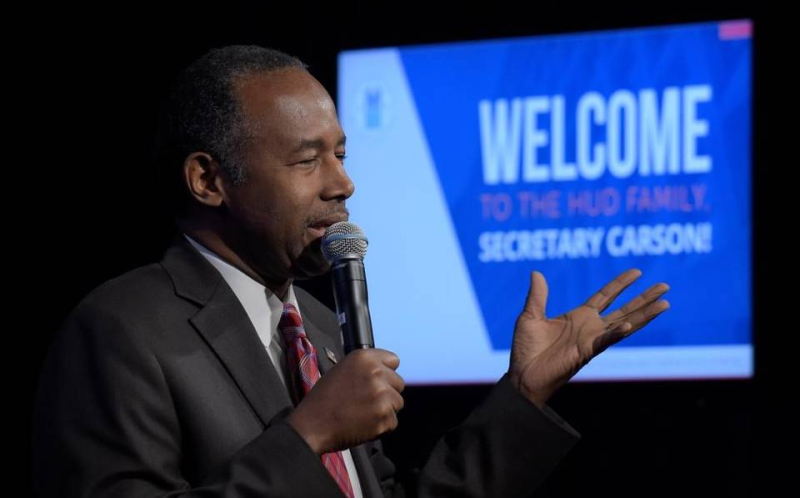 President Donald Trump’s housing chief, Ben Carson, visited the future site of a Habitat for Humanity site in Broward County on Friday — as the administration is proposing to slashing billions for affordable housing.

Housing experts say the cuts, should they occur, will hurt South Florida, one of the most unaffordable metro areas in the nation.

Speaking at the Hopewell Missionary Baptist Church in Pompano Beach, Carson praised the Habitat development that will include 77 homes.

“This project right here is one of the things that works because of public-private partnerships and how incredible they are at leveraging dollars,” he told the audience of local government officials and housing activists. “That’s how we become a success as a nation. The government can’t do everything, but the government can do things to get things started and then the private sector and faith community comes in and leverages that.”

Carson was confirmed by the Senate earlier this month as the Secretary of the Department of Housing and Urban Development.

Carson’s visit comes as Trump has proposed slashing about $6 billion from HUD, a cut of about 13 percent. That includes eliminating funding for programs that help people buy or rent homes. Among them: Community Development Block Grant and the HOME Investment Partnerships Program.

Keep reading here about Carson and the "Rick Case Habitat Community" named for the automotive dealership owner who gave $500,000 for the project.