« Gov. Scott still won't give GOP healthcare bill his backing | Main | Foster child who killed herself on Facebook Live was given medicine with suicide warning » 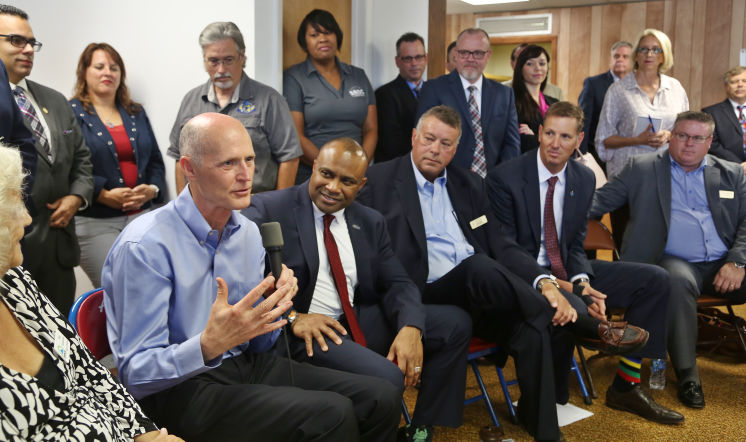 Corcoran, R-Land O’Lakes, said too much energy is being paid to saving Enterprise Florida and Visit Florida under the guise of saving jobs when the real crisis for Florida businesses is the threat of dramatically higher workers compensation insurance rates and increasing rates on property insurance because of lawsuits related to water losses under a program called Assignment of Benefits.

“If I were to give encouragement to the governor I’d say: ‘go keep traveling. Start talking about workers comp and assignment of benefits which have far more effect than Enterprise and Visit Florida on jobs,’” Corcoran said as part of wide ranging press conference in Tallahassee.

Corcoran said if the House succeeds and kills Enterprise Florida and scales back Visit Florida it will be about $100 million in savings to taxpayers. But if unchanged, the two insurance issues could cost businesses and homeowners hundreds of millions of dollars he said. On both issues he said there doesn’t seem to be “tremendous” movement” in the Senate. He said the governor needs to start working the senate to get those bills moving.

“How can you just be silent on what really will hit jobs,” Corcoran said.

On Wednesday, the Florida Chamber of Commerce took issue with the Legislature for being the one’s too focused on killing Enterprise Florida when there are so many bigger issues and problems.

“There are so many things the Legislature could be focused on right now -- workers comp reform, assignment of benefits fraud, lawsuit abuse reform, the business rent tax, continuing to make our education system the best in the country,” said Chamber president Mark Wilson. “Some in the Legislature are focused on the wrong thing right now.”

On the other issue, Florida has a law that allows consumers to allow others to fight the insurance company on their behalf for claims. In the last few years, the Chamber said inflated claims through assignment of benefits has led to escalating costs and dramatically higher court costs that are forcing insurance carriers to raise rates.

PHOTO: Gov. Rick Scott held a jobs roundtable in Seminole earlier this week to criticize the Legislature for passing a bill to kill Enterprise Florida and another to weaken Visit Florida. (Scott Keeler/Tampa Bay Times)