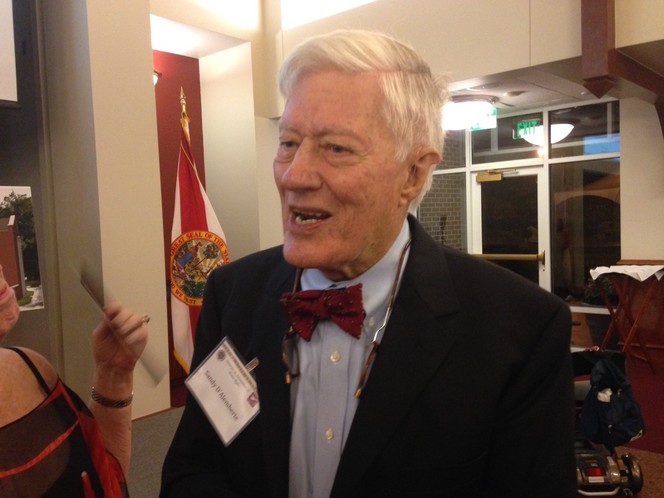 Two former chief justices of the Florida Supreme Court and a former Florida State University president are among the lawyers and judges who publicly chastised Gov. Rick Scott on Monday for removing the state attorney in Orlando from prosecuting an alleged cop killer after she announced she would not seek the death penalty.

In a letter, more than 100 current and former law professors, judges, prosecutors and lawyers told Scott they were "deeply troubled" and that his removal of State Attorney Aramis Ayala from the prosecution of accused killer Markeith Loyd "sets a dangerous precedent."

Last Thursday, Ayala announced she would not seek the death penalty for Loyd -- accused of killing Orlando Police Lt. Debra Clayton, as well as his ex-girlfriend Sade Dixon -- or any other accused murderer while she is in office. That set off a firestorm of calls for Ayala to be suspended from office and led Scott to reassign the case to another state attorney.

"We believe that this effort to remove State Attorney Ayala infringes on the vitally important independence of prosecutors, exceeds your authority, undermines the right of residents in Orange and Osceola counties to the services of their elected leaders, and sets a dangerous precedent," they wrote.

The letter was signed by former Florida chief justices Harry Lee Anstead and Gerald Kogan, as well as Talbot “Sandy” D'Alemberte, past president of FSU and of the American Bar Association.

Deciding not to seek the death penalty is an example of prosecutorial discretion, the lawyers wrote. But it has been roundly criticized, including by other state attorneys and Attorney General Pam Bondi, for being outside the spirit of the state's criminal laws.