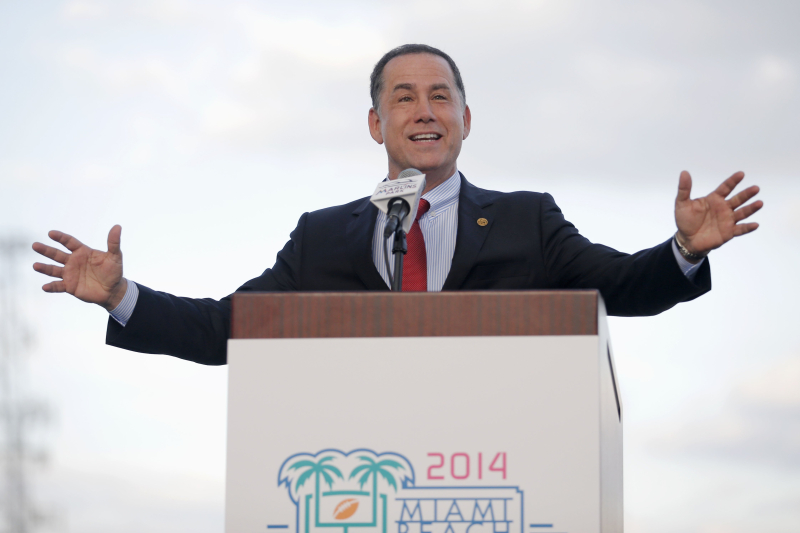 Miami Beach Mayor Philip Levine says he has not committed to running for the Democratic gubernatorial nomination in 2018 and has has no time table for deciding except probably "before the end of the year." He is travelling the state meeting with people and discussing a possible campaign and issues facing the state.

"I'm out talking to the customers. Before you launch a product or think about launching a product, you should talk to the customers," said Levine, who began his career advising cruise ship passengers about port activities and ultimately created a cruise industry media company generating $400 million in annual revenue.

Levine is paying for his listening tour through his political committee, All About Florida, which he said is relying one "one schmuck" for funding: Philip Levine, who is worth "north of $100 million."  He has put $2 million into that committee so far and said if he decides to run for governor he is "100 percent" open to funding the campaign himself, much like current Gov. Rick Scott.

"I've been successful in Florida, started from nothing, and any business opportunity I've ever had and for an opportunity in life, I believe you should put skin in the game," Levine said. "Before you ask other folks to put money into something, if you have it you should put a few bucks of your own into it. At the same token, I'm open to the idea of self-funding the campaign if I decide to run."